From the Caspian to the Atlantic

As I was passing by an old house opposite the Winter Park in central Baku today, I saw an old lady lost in thought standing on a balcony looking in the direction of the area known as 28th May. Hers was one of those old buildings that probably have an interesting history with lots of stories to tell about the people inhabiting it. Bright green grape leaves carefully intertwining with the rusty engraving on the outside were gently hugging the frame of the balcony. It used to be a common feature of the not-so-tall architectural makeup of our city.

The whole composition of this scene was in stark contrast to the new, polished park and the grand light beige buildings on the other side of it. And as the lady was staring into space, her grey hair gently swaying, I wondered whether she had lived there all her life and if she had, what did her memories feel like when she looked out from that balcony now? 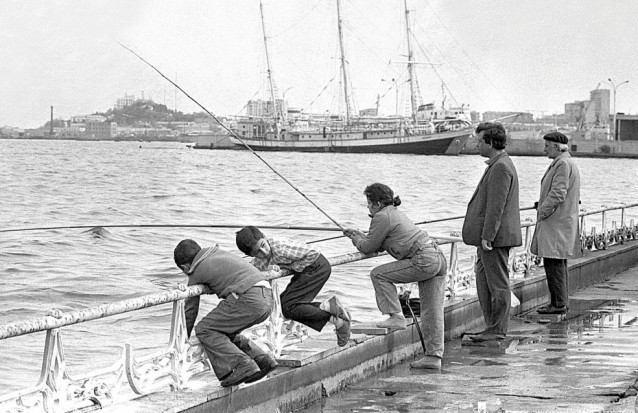 Every city inevitably loses something personal when the relentless race for modernity starts. And as a Bakuvian myself, I certainly feel nostalgic for some places that no longer exist in our city today, treasuring and cherishing the memories, both mine and not-so-mine. I’ve noticed the same tendency especially pronounced in those who left Baku a long time ago, since more often than not the feeling of attachment to your homeland intensifies during the years spent away and usually manifests itself in some form of noble activity. The story of Ms Tohfa Eminova, head of the Azerbaijani Diaspora Association in Miami, seemed to be the case.

Born and raised in, as she says, the most beautiful and kind city, Tohfa khanim was the only child in the family. In the good traditions of Baku intelligentsia families, music was an inseparable part of a good upbringing and included classes in the conservatoire from the age of five, ballet classes at six and when she turned seven, she started her first year at the Bulbul Music School. Years later, as a theatre institute graduate she started teaching the history of ballet and theatre at the Baku School of Choreography. 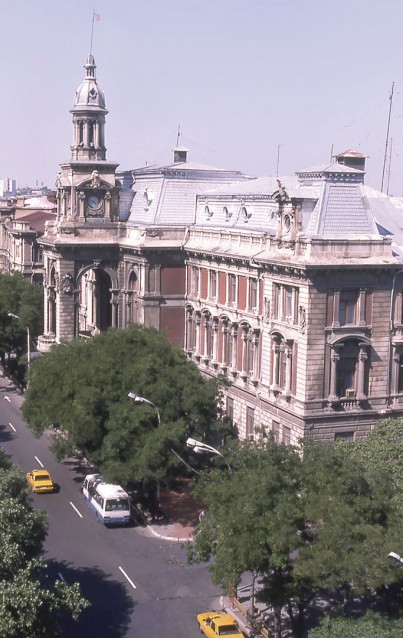 Parallel to her work as a teacher, Tohfa khanim led a busy life of social work, as an active member of the society Azerbaijan Qadini (Women of Azerbaijan) as well as the Woman and Development Centre, directing the Sunday school within the framework of a culture foundation, as a member of the revisionary commission of the art workers’ union and a museum director in the Baku School of Choreography.

Gently steering our conversation towards her memories of Baku, she reveals that despite 17 years away from Azerbaijan, the memories of her childhood, the forming of her personality, intellectual and spiritual development will always connect her to her homeland:

For me Baku was always associated with the smell of oil and the Boulevard, and now living here in Miami it’s the smell of the Atlantic.

She visits Baku quite often, she says, and believes the incredible changes that the city has been through cannot leave you unimpressed. Whenever I’m asked where I’m from, I proudly say – Baku. And when she’s in Baku, the first place to visit is of course the house where she was born and raised. The building with five-metre high ceilings and Dutch ovens in each apartment dates back to 1895 and is located in the city centre, Baksovet (the area around Icherisheher metro station – Ed.) to be precise. 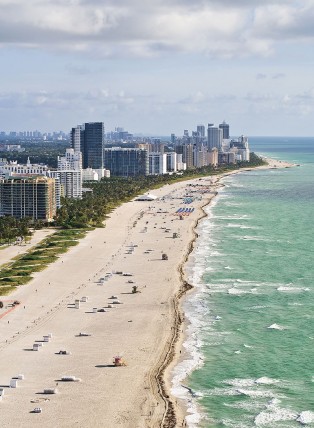 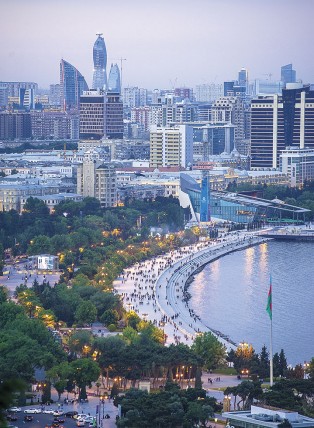 A summer’s evening on the Baku boulevard, 2015. Photo: Eldar Farzaliyev

It is undoubtedly hard to acclimatise to a different country where, however well you think you know the language, there will always be a barrier at first, since there is a great difference between learning English from afar and actually using it. Inevitably this leads to some degree of homesickness:

Nostalgia is no easy thing that comes and goes as it pleases and missing your favourite city, the days long gone and your friends will undoubtedly overpower you some days. But when you tie your fate, life, career with a different country, with time you get used to all the differences, be it culture, people’s mentality etc, says Tohfa khanim, who has come to feel at home in South Florida:

I really like Miami, 75 per cent of the population are Hispanic and they are very much like us: very attractive, they like to dress fashionably and spend their leisure time luxuriously. Unlike New York, where there are a lot of Azeri restaurants, our cuisine is absent from mainstream Miami restaurants. I’m very good at and I make a point about cooking our dishes here, and despite the fact that my children were born here, they prefer our cuisine such as yarpagh dolmasi, dovgha, badimjan dolmasi, kufte bozbash etc. 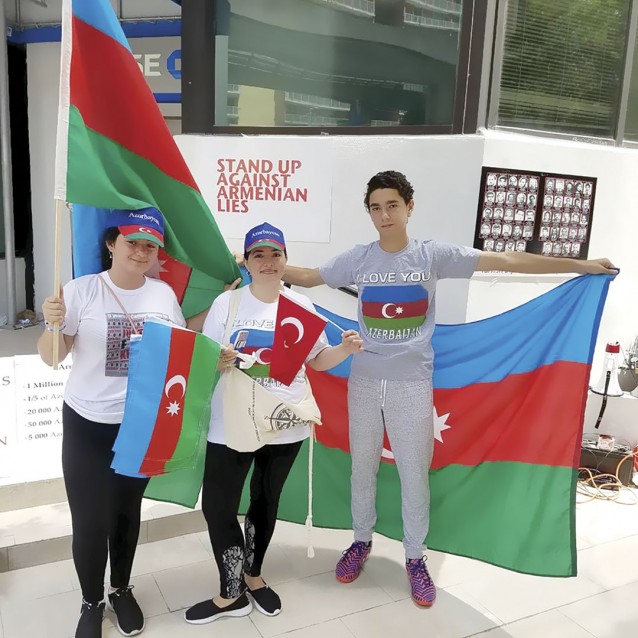 One of the many perks of life abroad is the multi-lingual ability automatically gained by the second generation - both of her children are fluent in English, Spanish, Azerbaijani and Russian: My daughter Nabat is very proud of her Azerbaijani roots, when she is asked at school where she’s from, she goes up to the map and shows where Azerbaijan is. At the invitation of the Ombudsman Elmira Suleymanova, she accompanied me to the human rights conference held in Baku last year, and she fell in love with the city, our people, our food.

As it turned out, there were a lot of our compatriots living in Miami and the idea of creating the Azerbaijani American Cultural Association in the state of Florida came about back in 2006 with the support of the State Diaspora Committee.

I think the fact that we have united Azerbaijanis in Florida is a big success in itself. We have a very friendly and active association, our aim being to introduce the citizens of Florida to our history, traditions, rich culture, national cuisine. Within 10 years of our association’s activities, we have received more than 12 proclamations regarding the Day of Azerbaijan and “Khojali,’’ from all the mayors of Florida. 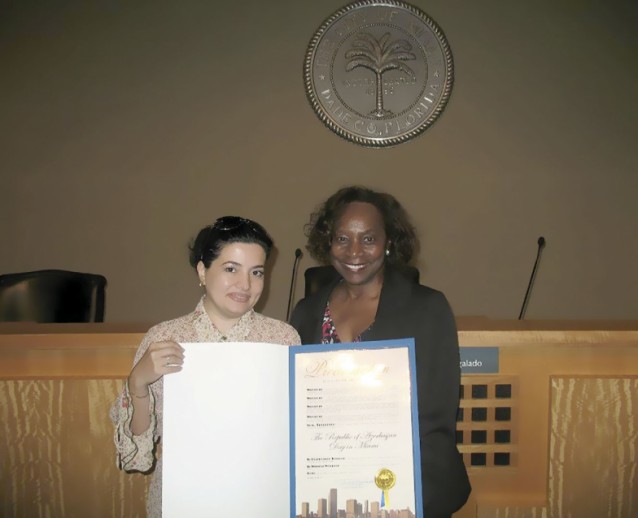 The events held by the Association are extremely varied. Every year there is a Novruz celebration, Gurban Bayrami, family picnics. There is also a Women’s Club, where once a month all the Azerbaijani women get together to chat and share news and information. The most successful event so far was a collaboration with Ms Jamila Javadova in Houston, who made a gorgeous presentation on the topic of Azerbaijani kelaghayis in Miami. There was a book launch, Heydarbabaya Salam (Greetings to Heydarbaba – Heydarbaba is the name of a mountain in Azerbaijan – Ed.), which was translated into Russian by Nobert Yevdayev.  Another successful event that took place was a concert dedicated to the 100th anniversary of great Azerbaijani composer Jovdet Hajiyev, on which Tohfa khanim worked in collaboration with the daughter of the master, Pervin Dilbazi.

I will agree with the thought voiced by Tohfa khanim above – uniting our compatriots is indeed a success in itself. Remembering, preserving and educating about the heritage of your home country, I believe, is one of the most important duties we all share.  And it warms my heart that no matter the relentless changes that our city lives through, there are people who still remember it the way it was in the old days – no fancy additions, only tut trees and cozy balconies wrapped in the bright green snaky branches of grape vines.