Aysel Rahimli – An Azerbaijani in London 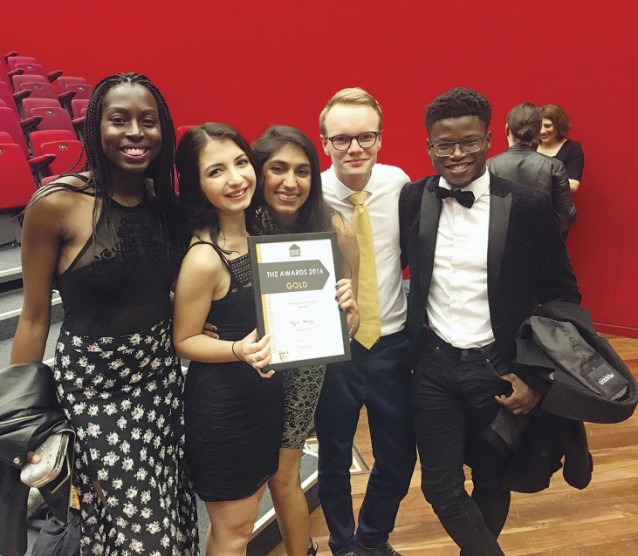 Continuing our series of interviews with talented young Azerbaijanis around the world, Visions spoke to Aysel Rahimli, who after several years at Essex University is currently pursuing a master’s degree in Public Health at Imperial College London.

VoA - Why did you choose to study in the UK and at the University of Essex in particular?

AR - Higher education in the UK is renowned for its quality, attracting many bright students from all over the world. After completing secondary education with exemplary results, I applied to several UK universities and had a choice of five universities to study Biomedical Science. I chose the University of Essex due to its high ranking in current research and science. I also found the campus-based university more appealing, with its special community and close proximity to most of the students’ requirements. I also enjoyed the more personal feel from the academic staff, as they were extremely approachable during the open day.

What sparked your interest in biomedical science?

From a young age I have always had a great interest in sciences, especially focusing on the biological and chemical aspects of the human body and its functions. After completing my A Levels in chemistry and biology, I knew that I had to continue my education in life sciences. Having found out that biomedical science is the study of those processes, the diseases and treatments associated with them, as well as the diagnostics and work in the lab, I knew that it was the right undergraduate degree for me.

Aysel was a beneficiary of a government programme which offered financial support to some 3,558 Azerbaijani students wishing to study abroad between 2007 and 2015. The most popular destinations were the UK, Germany, Canada, the Netherlands and Turkey, where students enrolled at some of the world’s best institutions, such as the universities of Harvard, Oxford and Cambridge, Imperial College London, Toronto University and many others. The idea was to boost the careers of talented Azerbaijanis and foster the country’s next generation of leaders.

Could you tell us about the support you received from the Azerbaijani government?

The Azerbaijani government has shown tremendous support to young students willing to leave the family nest to study abroad. The Ministry of Education has been encouraging international education, and were brilliant in helping thousands of students get the help they need to access world-class education all over the world, including the UK.

Personally, the support has been incredibly valuable, and the sponsorship for university is priceless. University is not simply about getting an education but also about life experiences, including getting ready for the working world and independent life, which are vital skills at this age. The government has allowed those experiences to be available to so many willing students, making the programme incredibly valuable.

Unfortunately, the government support programme ended in 2015, which resulted in difficulties for students finding funding for their higher education abroad.

What were your first impressions of the UK and Essex? What did you find new, different and perhaps strange?

The general transition to life in the UK is relatively easy. I found it comforting to be able to find answers to most queries online and got used to the fast-paced university life. Moving to university and starting to live on your own for a long time is a challenge that can split student opinions. At Essex, the university tries to provide great support to international students, not only through their academia but also their student union, which represents the students and supports them with their unique needs. I found the idea of the student union new and comforting, as their presence on campus is heavily felt, making them approachable for any queries.

Of course, perhaps the most bizarre aspect has been seeing the cars drive on the other side of the road, which seems to be quite the natural thing to do now.

How did you find the approach to studying there? Does it differ from Azerbaijan?

The curriculum at UK universities is intellectually demanding and hard work is the key to reaping maximum benefit from the courses. The studying here I found to be based a lot on independent learning and management of time. There is also great support for students and their wellbeing. I also found that the curriculum and other academically related work is frequently changed, often due to feedback and other circumstances, normally leading to improvements.

Did you participate in any extracurricular activities?

My time at Essex University was extremely busy and exciting. I participated in various extracurricular activities from the very first year of starting university. For example, in addition to my full-time degree, I was also a peer mentor for younger students on my course and a course representative on behalf of my peers, which allowed me to collect data and present it to the academic bodies in our department for improvements and suggestions. I was also treasurer of the Biological Sciences Society, where I was in charge of the society’s finances as well as organising and planning events.

In addition to this I held voluntary positions with the St John’s Ambulance charity, as a first aider on campus and a duty manager when required, and for Nightline, which is a university service that provides out-of-hours services to students, including confidential listening and emotional support.

I was also working paid jobs. In my second year at Essex, I was chosen to work for the Biological Sciences Department as a research assistant as part of a scheme called Frontrunners. This meant I was able to participate in current academic research being done at Essex to study the gait of elderly people. I collected measurements, conducted surveys, supported data management and analysis under the supervision of professors and PhD students. I was also employed as a resident support network assistant by the university, where duties included attending emergency situations and resolving disputes between residents living in halls.

Studying Biomedical Science has inspired my commitment to care and to gaining more experience and professional work in this area. I also worked in a care home for elderly people with dementia and various other medical conditions. Being a care assistant not only allowed me to see the diseases I was studying firsthand, but also raised my awareness of the challenges faced when working with vulnerable individuals with both mental and physical illnesses.

I have also been active in charity events organised throughout Britain. The latest event that I was involved in was a 5km charity run. Otherwise, I found rock climbing and the gym a great way to balance the busy schedule, as well as socialising with my friends. 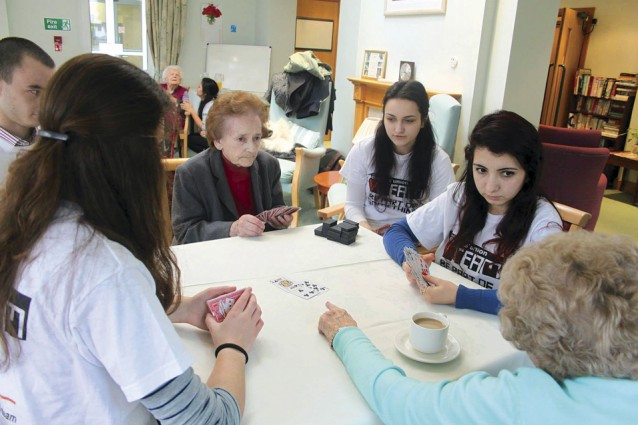 Volunteering at a home for the elderly, February 2013

Were you a member of any Azerbaijani diaspora groups or organisations in UK?

I believe my participation in diverse activities at Essex University has played its part in presenting Azerbaijan. The activities allowed me to meet a huge range of people, from students to professors to professional bodies. I would often get the comment, you’re the first Azeri I’ve ever met, followed by various questions about the land of fire which some know a little about. This gave me the opportunity to open up the history, culture and more about the current life in my country.

The county of Essex in England is regarded as the countryside, lacking a metropolitan environment and big international links in comparison to London. The Azerbaijani diaspora was not very well developed there, yet having moved to London I believe I will have numerous opportunities to show off Azerbaijani heritage and participate broadly in diaspora work. 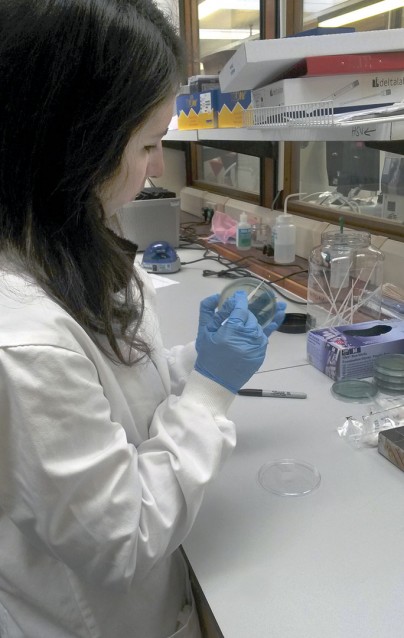 Working in the lab at Essex, November 2014

What would you say are the major differences between British and Azerbaijani people and culture?

The cultural differences between these two nations are quite significant. There is of course the British culture of social nights and weekends, which is not a typical sight in Baku. They also differ in terms of hospitality, as Azerbaijan’s reputation for being a great host is no secret, although the Brits are very friendly and cheerful in their own way.

There are also the differences in the approach to traditions, as I found the Brits are less bound to them, of course, with exceptions, such as Christmas traditions. Although British food is well known, I found it not to be so complex to prepare, in comparison to some of the stews made everyday in Azeri households. Having said that, the Brits and the Azeris both share an immense love of tea, which ever so slightly brings the people and cultures together. 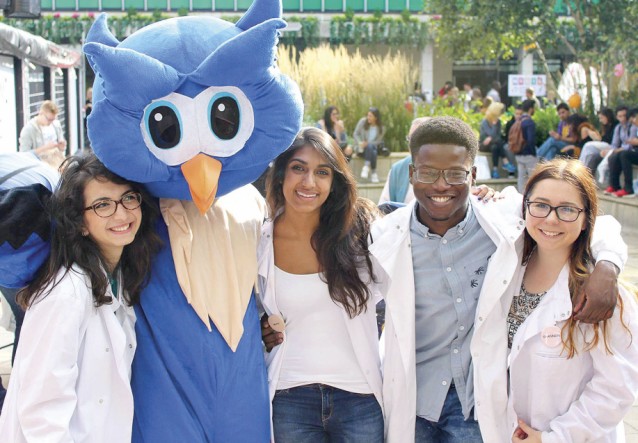 What do you miss most about Azerbaijan?

Apart from the obvious family and friends, I miss the atmosphere in Baku. These two countries are so different in so many ways, and being away from Azerbaijan for a long time makes you miss the things you can only find there. For example, the hectic roads of the city, or the chilled weekends at the dacha, and how you can go from one to the other in only half an hour. I also miss the hospitality of the nation; I am yet to see a place where a complete stranger is welcomed at home as warmly as in Azerbaijan.

Azerbaijan is also blessed with numerous natural gifts, including the different climate zones throughout the land. The fact that there is the chance to travel just a few hours to find a completely different climate and the purity of the air is incredible. I guess this is one of the perks of being a small country that is so rich in nature. That is certainly something I miss, as much as I enjoy the rain and the fog of London, it is always nice to see a variety.

Last but not least, of course, the traditional food, cooked with local ingredients from decades-old family recipes is an experience that could only be found in Azerbaijan. You can find any ingredient and cookbook or equipment your heart desires in the UK, but it is just not the same. 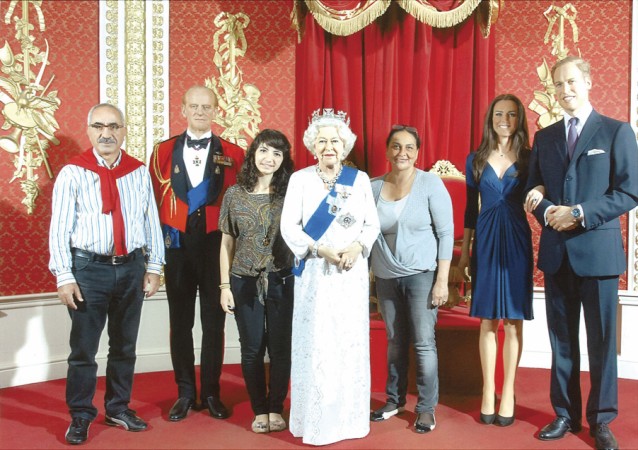 A visit to Madame Tussauds in London, November 2013

What are your plans for the future?

I am proud to have completed my degree with first class honors, and I believe this has given me the chance for a great start in the professional world. I am currently enrolled at Imperial College London, where I am studying Public Health (the global health stream). The postgraduate degree will help me with the understanding of health systems and economics across the globe, as well as health policies, giving me the opportunity to get involved in the management of Azerbaijan’s health systems in the future.