Azerbaijan - the Next Great Tourism Destination 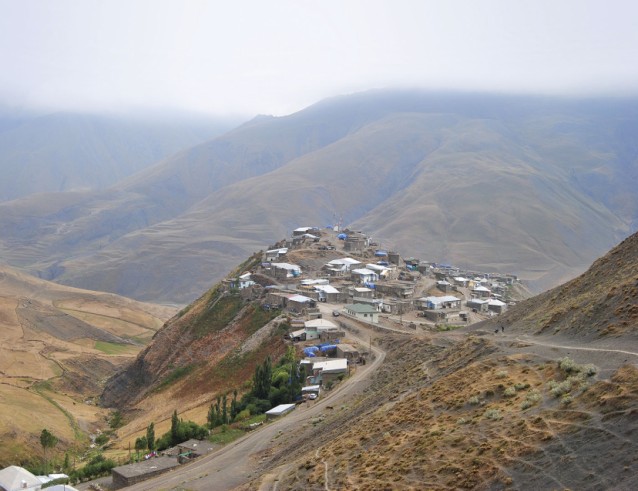 The village of Khinaliq, a popular tourist stop in the Caucasus Mountains. August 2014 Photo: Alizada Studios/Shutterstock.com

A heavily policed ring of steel surrounded the European Quarter of Brussels on 20 October due to the start of the two-day EU Summit, attended by the figureheads of all 28 EU member states. Despite this, a throng of tourism professionals and journalists from across Europe armed with their passports and other credentials fought their way through the security to attend the inaugural Azerbaijan Tourism Forum Brussels at the Press Club. The Forum was aimed at industry professionals and hosted by TEAS Benelux, the sponsors and partners were Azerbaijan Business Hub Netherlands, Dentons, and Flanders Investment and Trade (FIT).

The club is the main hub for journalists in Brussels covering both Belgian and pan-EU issues, and attendees came mainly from the UK, the Netherlands and France to get the lowdown on Azerbaijan, its tourist potential and to see how the quality of infrastructure and hospitality training could be developed. The buzz of interest was palpable as the event began. Attendees included H.E. Khazar Ibrahim, Azerbaijani Ambassador to NATO.

The forum came in the wake of the passing of a presidential decree on diversification of the economy in March 2016, which identified tourism as one of the eight priority sectors for development, and a presidential executive order, passed in September 2016. This has paved the way for the foundation of a Tourism Council, the determination of new air routes, expansion of seaside and budget tourism and the development of tourism educational centres. On 9 December, a new draft law on tourism was passed by the Milli Majlis (Azerbaijani Parliament) whereby the government would support research related to importing expertise into the tourism sector and provide financial and technical assistance to NGOs involved in the sphere. During the first nine months of 2016, a record-breaking 1.7m tourists visited the Land of Fire.

Since the regaining of Azerbaijani independence 25 years ago, a plethora of luxury hotels have been constructed in Baku and the regions, alongside resorts that offer packages suitable for every traveller, from nightclubs to skiing holidays. Holidays can be arranged through an estimated 300 Baku-based travel agencies. As Azerbaijan can boast nine of the 11 climatic zones in the world, a wide range of holidays can be enjoyed, with much of the upgraded facilities being constructed for those attending such events as the Baku Grand Prix, the Eurovision Song Contest and the Baku2015 European Games.

The decree is also leading to the construction of a new range of budget hotels, and such low-cost carriers as Pobeda, Wizz Air and Austrian airlines are bringing a new type of pioneering traveller to Azerbaijan. In December, it was announced that Azerbaijan Airlines was establishing Buta Airlines, a new low-cost subsidiary carrier.

It is projected that 2.5m tourists will be visiting the country each year by 2020, as Azerbaijan has now signed tourism co-operation agreements with 28 nations. The year 2011 was designated as the Year of Tourism in the country, and Azerbaijani President Ilham Aliyev paid special attention to the development of the sector during the World Economic Forum in Davos earlier this year.

One of the most significant developments was announced on 2 December, when Mahmud Mammad-Guliyev, Azerbaijani Deputy Foreign Minister, revealed that Azerbaijan and the EU are undertaking talks to simplify the visa regime. The objective is that Azerbaijanis will be able to obtain a short-stay visa for the EU of no more than 90 days for minimal or no cost, and that the reverse may be introduced into Azerbaijan. According to Mr Mammad-Guliyev, Azerbaijan is aiming to eventually abolish the visa regime with the EU (excluding the UK, Ireland and Denmark). 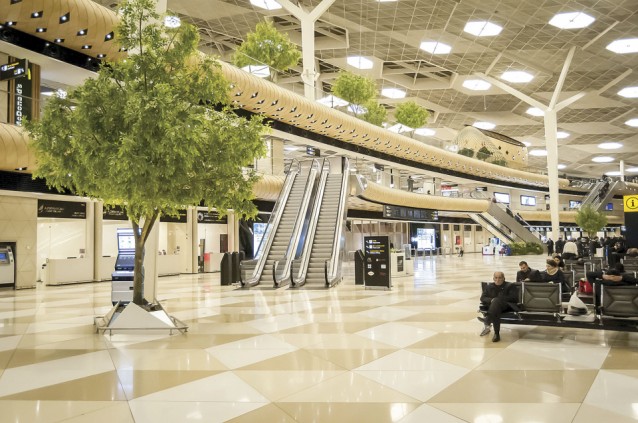 The state-of-the-art new Terminal 1 opened in 2015 at Heydar Aliyev International Airport. According to Azernews the airport served some three million passengers between January and November 2016 Photo: Roman Yanushevsky/Shutterstock.com

Following the introduction of a new “visa on arrival” regime, according to official figures, more than 30,000 tourists from the Gulf Co-operation Council (GCC) region visited Azerbaijan during January–June 2016. With an average spend of $700, including flights, for a week’s holiday, Azerbaijan – and Baku, in particular – represents very real value for money, with no compromise on quality.

Comments from the Forum

Keynote speaker Marc Verwilghen, Director, TEAS Benelux and former Belgian Minister for Foreign Trade, commented: Even in the Benelux countries, where travelling is part of our lifestyle, we are unaware of the glories of Azerbaijan. The country lies on a crucial geographical location at the intersection of multiple crossroads – between Europe and Asia, and between East and West.

H.E. Fuad Isgandarov, Azerbaijani Ambassador to Belgium, Luxembourg and the EU reflected: Azerbaijan is coming closer to Europe and reflects European values. I urge our friends from Belgium and other EU countries to think about the tourism possibilities of my country. We are working towards the signing of a free aviation agreement next year. This will facilitate new tourism opportunities. All those in attendance are very, very welcome to visit Azerbaijan. Farid Isayev, Director, Head of Legal Services, KPMG Azerbaijan and Head of the Tourism Committee at the Azerbaijan–US Chamber-of-Commerce (AMCHAM), said: AMCHAM has recommended that the list of countries qualified for the issuance of “visas upon arrival” should be increased to include European countries and the US. We have also recommended that an “Open Skies” policy should be implemented, enabling an enhanced range of air carriers to operate flights, thereby increasing competition and reducing prices.

Issa Smatti, Area Manager, Nomade Aventure, who has made a full-length film about the splendours of the Azerbaijani regions that will soon be broadcast on TV5 Canada and Voyage, commented: For the programme, I visited Khinaliq, situated around 200km from Baku. The population of this town speak a unique language, and are very proud of their unspoiled heritage. There are no hotel facilities, so living in a homestay is essential. These are very comfortable, and the people are very pleasant and welcoming, and their cuisine is wonderful. Azerbaijanis in this region are delighted to greet foreigners – for them, this is something new.

Robrecht Willaert, Guest Professor, University of Leuven and Founder and Chief Editor of Travel magazine for 25 years – the leading tourism magazine in Benelux – imparted some advice: In my view, Azerbaijan is completely unknown in Belgium. It needs a comprehensive platform of promotion. Belgium is a very specific market, and manufacturing companies often regard it as being Europe in microcosm for product testing. Belgians love to experience new destinations, and a concerted programme of promotion using existing and new media is necessary. Travellers want a new experience – Azerbaijan must focus on the unique strengths of its country, culture and the people, above all else. If a promotional structure is implemented in the Benelux countries, then visitors from there will surpass all others in five years. 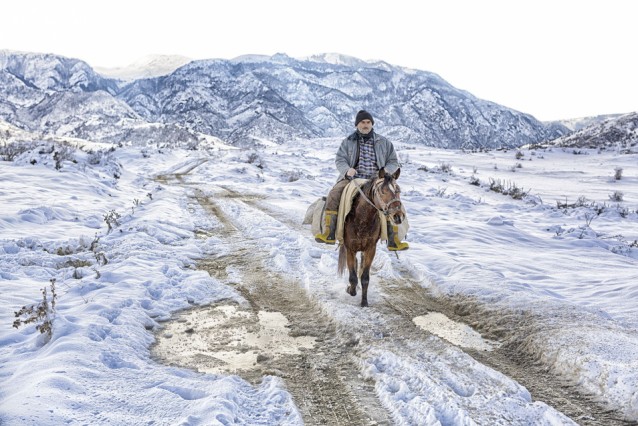 A villager rides through the snow in Ismayilli. January 2016 Photo: Said M/Shutterstock.com

Elgun Mammadov, CEO, Gilan Hospitality Group, explained: A decade ago, Azerbaijan only received business travellers. Until 2014, tourists were predominantly from the CIS countries, Turkey and Europe. However, since then, they have generally been from the GCC countries. Tourism really spiked when Azerbaijan hosted the Eurovision Song Contest in 2012, when over 50m tourists entered the country during a two-week period. The European Grand Prix will continue to be hosted in Baku over the next five years. 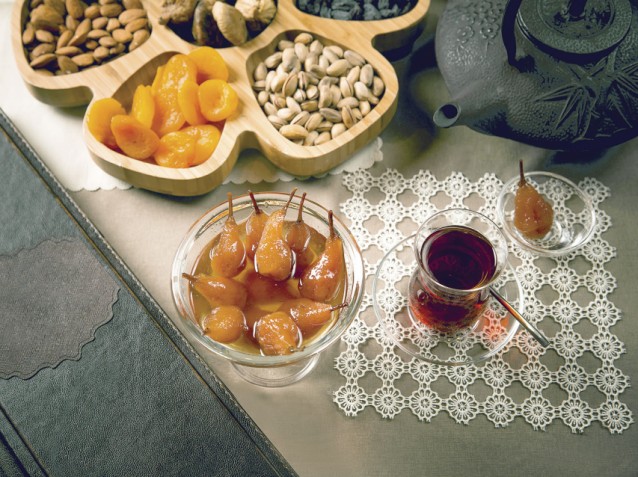 Qabala has the best tourism infrastructure of all the Azerbaijani regions, offering holidays ranging from skiing to medicinal oil treatments, trekking and the Qabaland children’s amusement park. Gilan operates a number of top-quality hotels in Qabala, Baku and other parts of the country.

James Hogan, Managing Partner, Dentons Baku has spent over 25 years in Azerbaijan. He reflected: The greatest Azerbaijani resource is its people, who rank amongst the most hospitable, accommodating and interesting in the world. A new law on tourism is currently awaiting ratification by the Milli Majlis. This will define how the State determines its role in developing tourism, together with regulating tour operators and agencies and expanding international relations. Azerbaijani journalist Nikki Kazimova, author of Azerbaijan – Culture Smart! The Essential Guide to Customs and Culture, who had jetted over from Washington D.C. said: Younger travellers are more likely to be staying in homestays in the regions, so it is important that western tour operators have local partners on the ground that can help place culture in context. Hospitality is sacred in Azerbaijan, and traditional houses have rooms dedicated to guests. One essential phrase in Azerbaijan is “be my guest.” Tourism also brings new influences into the country, and that is wonderful. Many of the misconceptions about my country, particularly regarding the role of women and religion, need to be abandoned.

Mr Verwilghen summed up by saying: The future for Azerbaijan is brilliant, particularly in the tourism sector, and this will play a very important role in the future of the nation. TEAS always aims to place Azerbaijan on the map, and that has been the objective for today.

About the author: Neil Watson is chief editor of TEAS Magazine.

312460
LiteratureAutumn 2018
Ali and Nino: Love at the Crossroads
by Kate O'Donnell