BP - Committed as Ever to Azerbaijan

22 years after the Contract of the Century Visions spoke to Bakhtiyar Aslanbayli, BP Vice President, Communications, External Affairs and Regional Strategy, about the legacy of the 1994 contract, upcoming projects and BP’s continuing commitment to Azerbaijan.

How would you assess the signing of “The Contract of the Century” 22 years ago?

The ACG (Azeri-Chirag-Guneshli) contract was signed in 1994 when Azerbaijan had been an independent state for just three years. Since then this contract has been behind most of the amazing changes and unprecedented economic growth that the country has achieved. The contract has to date achieved unique milestones and outcomes. I am proud to say that, as the operator, we share in most of the achievements of the Contract of the Century.

Onshore as well, we have witnessed many world-class milestones and achievements, ranging from the first oil arrival at the newly-opened greenfield terminal in Sangachal just three years after signing the contract, and the first tanker lifting at Ceyhan, launching one of the industry’s most amazing pipeline engineering feats – the BTC pipeline.

This story began in 1997 with the opening of the greenfield terminal in Sangachal and the Chirag platform. Since that time, together with our partners, we have established a unique track record of major project delivery in the Caspian. To date 3 billion barrels of crude oil have been produced from ACG and delivered to world markets primarily, via the Baku-Tbilisi-Ceyhan pipeline. And so, while talking about ACG we must also add the success of BTC, which was specifically built to carry oil from ACG to the world.

I am proud to say that, as the operator, we share in most of the achievements of the Contract of the Century

BTC has had a remarkably safe and discreet story of operations that we, as operator, along with our partners: Azerbaijan, SOCAR and BTC should be proud of – 2.5 billion barrels of crude carried via BTC safely and silently and over 3,300 tankers loaded at Ceyhan and sent safely to world markets. It’s a great story that demonstrates what can be achieved by close cooperation of all the parties involved, through support from and alignment with host governments, through safe, responsible and efficient operations.

We believe that the story of ACG is a very successful one for all stakeholders and this success will continue for many decades to come.

What development programmes do you have for young local staff?

BP currently has around 3,000 Azerbaijani employees. In total 85% of BP’s professional employees in Azerbaijan are locals and many of them are in senior positions, including six vice-presidents, all members of the regional leadership team.

BP remains committed to achieving a target of 90% local professional staff by the end of 2018. This envisages localising some professional roles that are currently occupied by expatriate employees. The non-professional staff of BP in Azerbaijan is already 100% local. The localisation agenda also includes further optimization of BP’s learning and development programmes and close participation in public and private sector initiatives in order to further improve local talent. 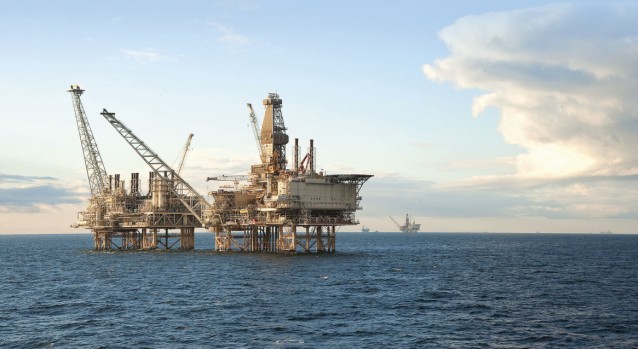 As part of our staff strategy, we have developed a wide range of learning and development programmes that cover all levels of employees from young graduates and challengers, young managers and first level leaders to senior level leaders, experts and professionals. In 2016 alone, three senior level managers in BP Azerbaijan- Elkhan Mammadov, Orkhan Guliyev and Zaur Pashayev – have been promoted to vice-presidential roles. BP has a firm commitment to developing local staff so that they can take over senior level roles from expatriate managers.

How economic is the Southern Gas Corridor in the challenging environment of low oil prices?

The Southern Gas Corridor includes Shah Deniz 2, South Caucasus Pipeline Expansion, TANAP and TAP and these together form one of the largest energy projects anywhere in the world. It is designed to link Caspian resources directly with European gas markets for the first time. This project offers Europe a new source of gas and brings an opportunity to diversify its energy mix.

This huge project is making good progress and is on track to deliver the first gas in 2018. Since the beginning of the execution phase, almost $15 billion in contracts has been committed to the BP-operated parts of the project. Tens of thousands of local jobs have been created to date in the construction phase of Shah Deniz 2 in Azerbaijan and across all seven Southern Gas Corridor countries.

With its huge scope and scale, and the investment and markets already committed, this development project is for the long-term and is designed to benefit all stakeholders involved for many decades to come, so its economics should not be measured by the market’s current situation. We believe the benefits from the investment made in the project today will continue and be sustainable for the long term. 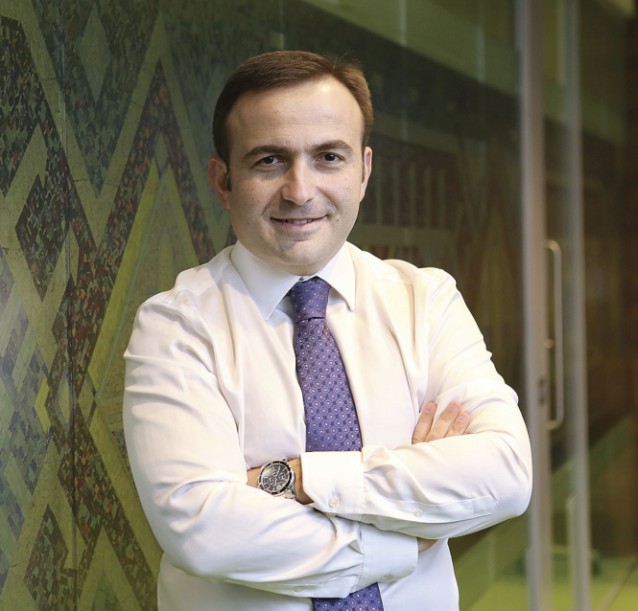 Bakhtiyar Aslanbeyli began his career at BP in 2002. He also lectures at the Faculty of International Affairs and Economy at Baku State University and serves as Chairman of the Tax and Customs Committee at the American Chamber of Commerce in Azerbaijan

Implementation of the Shah Deniz Stage 2 and SCPX projects continues on schedule and remains on target for the first gas to be delivered from Shah Deniz Stage 2 in 2018. The project is now over 77% complete in terms of engineering, procurement and construction.

Project activities continue at all offshore and onshore sites and fabrication yards in the country including the Sangachal Terminal, ATA (AMEC/Tekfen/Azfen) yard near Baku, Baku Deepwater Jackets Factory and along the SCPX pipeline route across Azerbaijan and Georgia.

Over 40,000 new jobs have to date been created across all parts of the project and the countries involved. Over 24,000 people are currently involved in construction activities across all main contracts in Azerbaijan alone and over 80% of them are Azerbaijani nationals.

On 1 September, we celebrated the completion of the first major facility as part of the Shah Deniz 2 project. At an event in Baku, which was attended by President Ilham Aliyev, we sent the first completed platform jacket for offshore installation. The jacket was fully constructed in country at one of Baku’s world-class fabrication yards, using local construction infrastructure and facilities. Over 4,700 people were involved in the construction works. Some 90% of the workforce were Azerbaijani citizens. This event in fact marked the completion of the first major Shah Deniz 2 facility and this will be followed by many others including the second jacket, topside units, terminal plants, pipelines and huge compressor stations across Azerbaijan and Georgia over the next two years. 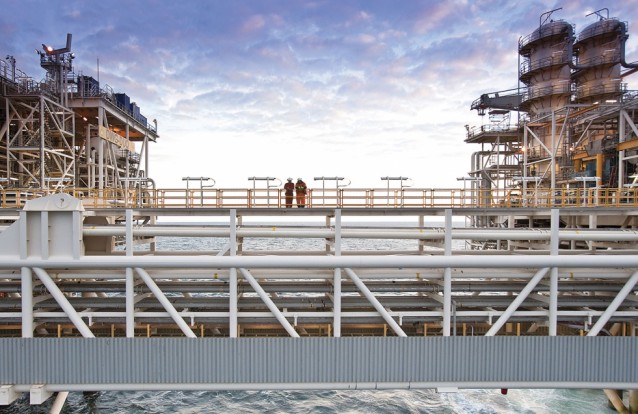 How does BP support the non-oil sector and social development programmes in Azerbaijan?

BP has been operating successfully in Azerbaijan for more than two decades. It has a strong and long-standing commitment to Azerbaijan and is engaged in the country both economically and culturally. To date, together with its co-venturers, BP has invested more than $60 billion in oil and gas projects and related areas in Azerbaijan.

We are committed to developing local experts and workforce in the communities in which we operate. We aim to increase local employment opportunities by supporting the development of skills and capacity-building, education and vocational training.

These activities have presented a great opportunity to make a positive difference to the people of Azerbaijan. BP and its partners in the oil and gas projects have so far spent more than $70 million on such social activities.

We believe the success of our projects in the Caspian region depends, in part, on our ability to create tangible benefits from these projects for the people of the region. To achieve this, BP has implemented and will continue to implement major social investment projects, which include educational programmes, building skills and capabilities in local communities, improving access to social infrastructure in communities, supporting local enterprises by providing access to finance and training, support for cultural projects and sport, as well as technical assistance to public institutions. 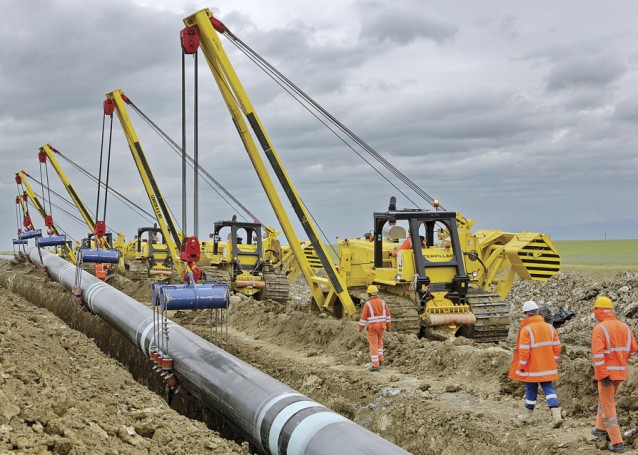 A section of the South Caucasus Pipeline Expansion (SCPx) is lowered into the ground
BP and its co-venturers plan to continue to invest in such projects, since our experience suggests these are areas where we can make the most effective and sustainable contribution. We believe that by supporting these areas we are directly investing in the country’s future.
Tags: BP