It was within my first year of working for TEAS that the European Azerbaijan School’s secondary campus opened. I remember the hustle, the whole office buzzing, long meetings, everyone at the peak of their working ability and productivity. The opening day, 15 September 2015, came with a traditional traffic jam throughout the entire city – the school year had begun. The suspense ended when the school board returned to the office, seemingly in good spirits, the school indeed had opened with great success. Somehow a chance to visit never presented itself until the end of April. I’d heard several times that various events were often taking place at both the primary and secondary schools, so when my colleague casually mentioned there would be an art masterclass, I immediately agreed. 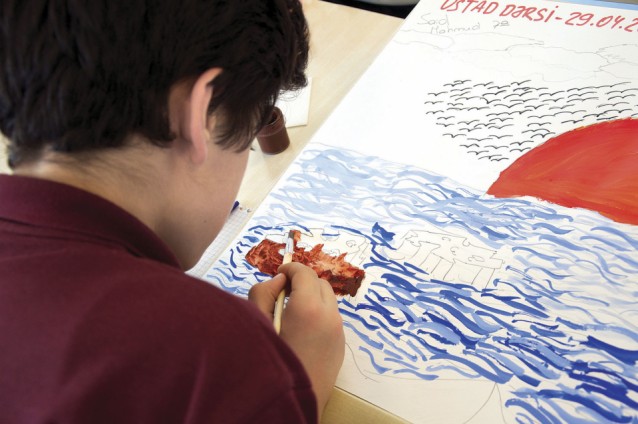 Imagining a typical Baku school, usually located in the busiest parts of the city, where the busy-ness is usually caused by the school itself, I was quite pleased to be wrong on this occasion. Passing the massive green expanse of the botanical garden next door, its quietness and stillness enchanted even on that uncharacteristically gloomy April morning. At the end of the winding road through Badamdar was a redbrick complex blending organically into the picture. 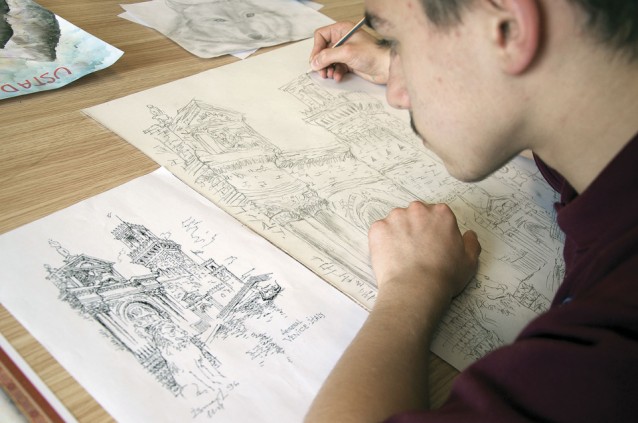 The school building itself differs from regular Baku schools, by being a sort of a synthesis of minimalism and unobtrusive elegance added to by a silvery quote by the President, reflecting occasional changes in the sky. Until then, I’d only seen this tidy, freshly built construction in pictures taken before it started operating, hence there were no children on school grounds. Upon entering, we were lucky to meet the director heading in the direction of the art room. And it wasn’t until I walked into the room full of painting children that I realised what was missing on those pictures that I’d seen: it is the children who bring all the magic.

In a bright, spacious room about 16 of them were immersed in drawing, painting, sketching, once in a while calling their teacher and several other artists, who were assisting the young talents that day. Walking around the classroom was like peeking into their unique imaginations, the inner world full of colours, shapes, details and what I loved most was that each world was different, not a single image repeated. They draw whatever their heart desires. We don’t assign drawings, said Ismayil Mammadov, the teacher and Honoured Artist of Azerbaijan.

Indeed, the drawing comes from within them. Unbothered by a group of visitors observing and taking pictures, they continued to paint accurately the eyes of a bear and the silhouettes of horses rushing towards the sunrise. Their mentors walked around the classroom and observed the creative process, only occasionally interfering at the request of a student. Whenever they wanted to show a particular technique, they left the student’s original idea intact, only carefully guiding them in the direction of their vision. They all had very different styles, used various modes of communicating art (pencils, paints, crayons) and chose when to use colour and when not, all of which, in a way, reflected their distinct personalities. 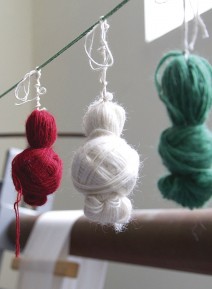 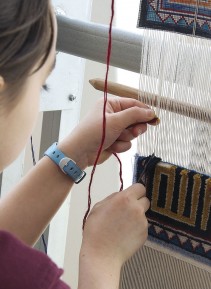 When the lesson was over, as a bonus, we were taken to the carpet-weaving classroom. Inside were six weaving machines with finished and half-finished 5x5 (inch) carpets. Children are first introduced to traditional designs, which they are then free to alter and weave their own versions. The design closest to me was only half-finished but I could easily detect a pomegranate in the centre. In some cases, it symbolises the heavens and their unknown nature, in some cases it serves as a symbol of family, said carpet maker and expert Taryer Bashirov. Children have all the freedom in choosing the designs they like. 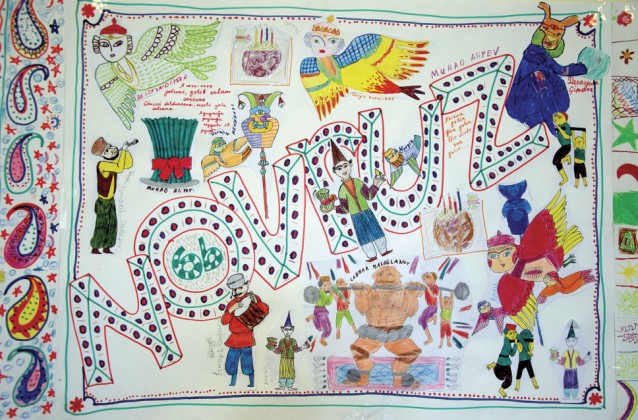 Thinking back to all the schools that I’ve seen, this one really does stand out as unique. Along with the general course of studies, children are encouraged to explore their creativity, to understand what they really like to do and to pursue it. I mentioned the freedom to choose the composition of drawings for a reason - this allows students not to look around for ideas, but to look within instead. Painting lessons used to produce 30 identical images, where children were instructed and even shown what exactly they needed to produce by the end of the lesson. Whereas those engaged and excited faces in the EAS classroom were actively exploring their creativity and intellectual curiosity and, most importantly, the choices about each of their individual works were made independently. 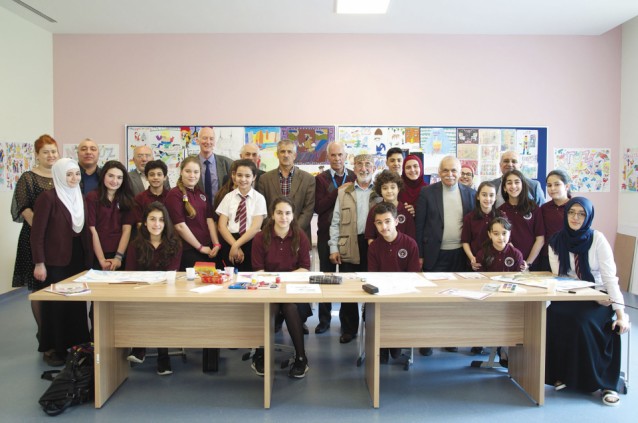 On that day there were paintings and art projects by students on display on every floor. Inspired by the energy only children can give, it appeared to me that this school is truly the kind of institution that unites in itself all the components needed to produce future leaders. The energy and atmosphere there is really something special.