In the grand finale to the Royal Windsor Horse Show, a team of 15 Azerbaijani Karabakh Horses and the famed Fikret Amirov Azerbaijan State Song and Dance Ensemble performed a specially-choreographed dance sequence in front of H.M. Queen Elizabeth II on 15 May. The horses are renowned for their agility, good temper, speed, and for their magnificent gleaming hair. On behalf of the Azerbaijani delegation, H.M. The Queen was presented with a painting by Sakit Mammadov, an Honoured Artist of Azerbaijan.

It was fantastic to see Azerbaijan’s national animal on British soil, and very poignant to think that, right now, these majestic creatures are unable to run in their ancestral lands

The whole extravaganza (see ITV coverage at http://bit.ly/rwhs2016) had been laid on to celebrate the Queen’s 90th birthday. Four full days and evenings of events had built up to this climax – a truly Royal pageant.

TEAS and the Azerbaijan Equestrian Federation (ARAF) organised Azerbaijan’s participation and the transportation of the dancers, horses and riders to Windsor, supported by the Azerbaijani Ministry of Culture and Tourism.

The Karabakh horses, whose performances had entranced the crowds throughout the pageant, clearly made an impression on H.M. The Queen. As a renowned horse-lover and an acknowledged expert in all matters equestrian, she was clearly appreciative of the beauty of the horses and the consummate skills of the riders.

Bob Blackman MP, Chairman of the Azerbaijan All-Party Parliamentary Group, was in attendance. He said:

Last night I had the honour and pleasure of attending the Royal Windsor Horse Show to celebrate Her Majesty’s 90th Birthday. As part of the celebrations, Azerbaijan has brought 15 majestic Karabakh Horses to perform for H.M. The Queen at the show. The performance was beautiful and exciting; it was fantastic to see Azerbaijan’s national animal on British soil, and very poignant to think that, right now, these majestic creatures are unable to run in their ancestral lands. We hope that soon, along with the internally displaced persons (IDPs), they will be able to return home.

I’ve been to Azerbaijan several times and travelled all over the country, seeing the beautiful and varied landscapes that this wonderful nation offers.

However, as it is under Armenian occupation, one region I have never been able to travel to is Nagorno-Karabakh – acknowledged as the artistic and cultural soul of Azerbaijan. It was therefore particularly meaningful for me to see the Karabakh Horses for the first time last night. Unfortunately, this was not in Nagorno-Karabakh itself, but here in the UK, where these beautiful creatures are taking part in the Royal Windsor Horse Show to celebrate the Queen’s 90th birthday. It was a wonderful performance accompanied by a talented Azerbaijani dance troupe. I hope that, one day, I’ll be able to see the same performance in Nagorno-Karabakh itself.

All attendees were full of curiosity about the Azerbaijani Karabakh Horse

This week’s events represented another significant milestone in the ever-strengthening relations between Azerbaijan and the UK, and highlighted the ability of TEAS to bring varied cultures together in areas of shared interest.

At a time when the conflict on the ‘contact line’ continues to simmer and, on occasions boil over, it is both pleasant and useful to remind the world of Azerbaijan’s rich cultural heritage. A love of horses has always been the sign of a civilised society, and we look forward to ensuring that Azerbaijan is able to participate in future similar events.

Azerbaijanis are well aware of the significance of the Karabakh Horse. Like hundreds of thousands of Azerbaijanis, the horses were forced to flee Nagorno-Karabakh by invading Armenian armed forces. I am sure that the horses, like the IDPs, would wish to return to their ancient ancestral lands.

The participation of the Karabakh Horses was particularly apposite as Zaman – a stunning example of the breed – was given to H.M. The Queen exactly 60 years ago by the Soviet government. He went on to live a comfortable and cossetted life in the Royal Mews.

The involvement of the horses was complemented by an Azerbaijani Cultural Pavilion, staffed by TEAS, that encapsulated the very essence of Azerbaijan. It displayed colourful handmade carpets, national dress, literature and architecture, with traditional samovar tea and fresh pakhlava, direct from Baku. All were accompanied by the strains of Rafiq Rustamov and Elchin Abbasov, two of the foremost exponents of mugham on the Azerbaijani tar, alongside Toghrul Asadullayev (kamancha) and Khamiz Jafarov (nagara). Some members of the Fikret Amirov Azerbaijan State Song and Dance Ensemble were unable to resist the temptation to dance to the captivating music and performed impromptu dances for a delighted audience, who clapped along to the music.

All attendees were full of curiosity about the Azerbaijani Karabakh Horse, the genetic development of the breed, its use in historic military campaigns, and the background to chovgan, the Azerbaijani antecedent of polo. They also asked questions about the country, its geopolitical position, and indicated a great interest in its tourist potential.

As would be expected, the story of the Karabakh Horse is inextricably interwoven with that of the ongoing Armenian–Azerbaijani conflict over Nagorno-Karabakh. In 1993, as the flames, explosions and sounds of bombs resounded, dedicated employees of the Aghdam Stud moved the breeding stallions to stop them falling into enemy hands, followed by the mares and foals. Many of the pregnant mares perished en-route, and eventually the ‘refugee horses’ were kept at Baku racecourse. They were subsequently moved to Aghdam, not far from their birthplace, but with sufficiently different climate to necessitate a period of acclimatisation. There are currently around 1000 Karabakh Horses in the world.

During the Royal Windsor Horse Show, an estimated 700,000 UK television viewers were woken up to news and footage of the horses with their appearance alongside popular weather presenter and equestrian Laura Tobin on the ITV show Good Morning Britain. Lionel Zetter, Director, TEAS, was interviewed about the horses and TEAS’ role in ensuring that they were able to participate in the show. He said:

Karabakh Horses are renowned for their speed, stamina and agility. They are not just show animals, but also everyday riding horses that are capable of being trained for dressage, whilst still being fast and tough enough to participate in chovgan.

On the final day, the vibrancy of Azerbaijani dance took centre-stage in the ancient town of Windsor with a performance by members of the Fikret Amirov Azerbaijan State Song and Dance Ensemble. This bore testament to the agility, fearlessness and athleticism of the Azerbaijani participants.

Sabina Rakcheyeva, Cultural Adviser, TEAS and internationally renowned violinist, travelled with the dancers and saw their performance. She remarked:

The audiences at the Royal Windsor Horse Show have enjoyed watching both the horses and the dance troupe enormously. By taking the dancers into Windsor itself, local people and tourists have also been able to enjoy the unique costumes and choreography of this talented dance troupe.

(This article first appeared in TEAS Magazine, May 2016) 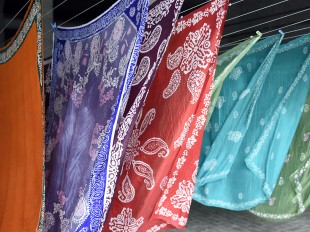 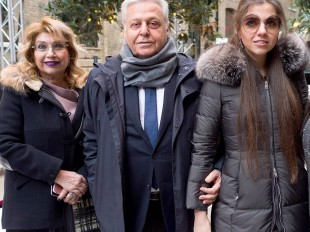 537840
SocietySummer 2018
Shamkir Shows its Potential Through EU Project
by Yelena Ostapenko
more
SURVEY
Which subjects are you looking for on this website?
24%Arts & Culture
12%Food
35%History
6%Sport
24%Travel & Tourism
Number of votes: 752
VIDEOS