The Iran Deal and Azerbaijan 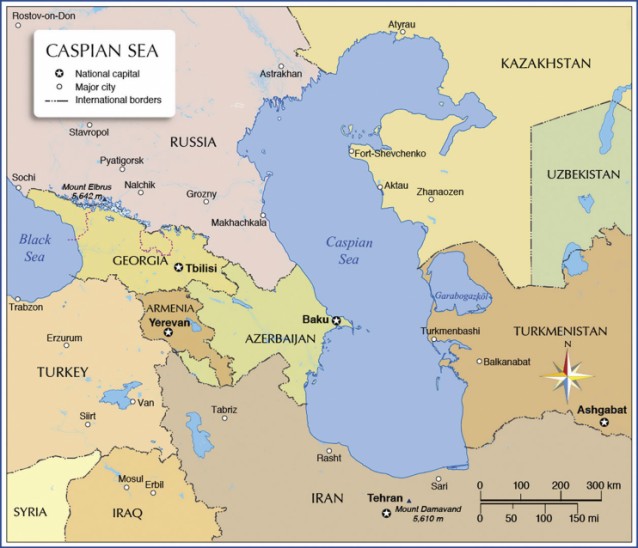 In 1795, a vast army under the command of Agha Mohammad Khan Qajar marched through what is now Azerbaijan and into Georgia with one goal: bringing the South Caucasus back under Persian rule. Key to this was the subjugation of Georgia.

For three days in September 1795 the Battle of Krtsanisi raged outside the capital city of Tbilisi (then known as Tiflis - Ed). At first King Irakli’s forces put up a gallant fight - Khan Qajar himself was said to have commented: I never saw such a glorious foe. But after the first day of resistance Tbilisi was sacked.

Irakli was able to escape, but his army was destroyed. For six days the Persian army destroyed the city and murdered thousands of its citizens. The devastation was great. It was said that the stench of rotting corpses made Tbilisi uninhabitable. As one Persian historian wrote at the time:

The brave Persian army showed the unbelieving Georgians what is in store for them at the day of judgement.

Under the terms of the 1783 Treaty of Georgievsk Georgia was supposed to be protected by Russia. Even though the Khan Qajar had been planning his invasion for months, and even though it was common knowledge in diplomatic circles, Russia never lived up to its commitment to defend the country.

During the 18th and 19th centuries, imperial Russia and the Persian Empire greatly contested the South Caucasus and Caspian regions. Today the situation is different. While Russia has become more assertive in the region, even willing to use military force to advance national goals, Iran has taken a backseat - but this could be changing. 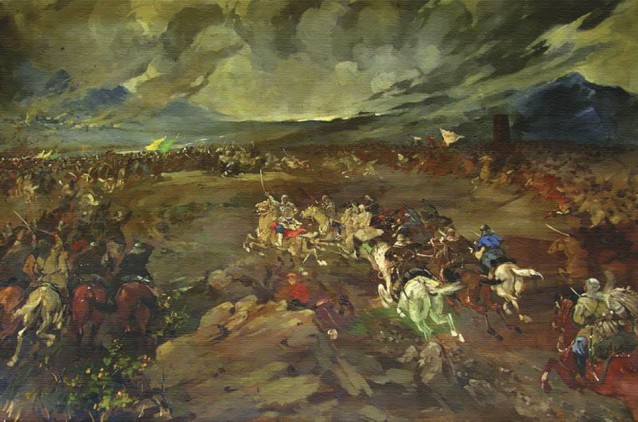 Thanks to the deal that was agreed last summer (between the five members of the United Nations Security Council plus Germany and Iran) over Iran’s nuclear weapons programme, Tehran will have more resources, be more confident, and less dependent on Russia on the international stage. This will have consequences for Iranian interests in the South Caucasus and Caspian region.

Make no mistake, Iran’s number one geo-political focus will remain the Middle East - with a particular focus on Syria, Yemen, southern Iraq and the Persian Gulf. Even so, Tehran will not remain idle in the South Caucasus and the Caspian regions. Iran is one of the established Eurasian powers and therefore, rightly or wrongly, sees itself as entitled to a special status in the region.

The Iran Deal will directly affect Tehran’s policy toward the region in four ways. Firstly, Iran will now have more financial resources at its disposal. Thanks to the terms of the Iran Deal Tehran has regained access to $100 billion of unlocked assets. This does not include billions of dollars more that Iran will receive when sanctions are lifted as part of the deal. Consequently, Iran will have the resources to increase its influence in the region.

Tehran will have more resources, be more confident, and less dependent on Russia on the international stage

Secondly, Iran will now be less dependent on Russia for diplomatic top cover on the international stage. Now that Tehran is not completely beholden of Moscow for support as it was during the nuclear talks, Iran will have flexibility to compete more aggressively with Russia for influence in the region.

Thirdly, Iran now has more confidence on the international stage. In the eyes of the Iranians, the Iran Deal was a diplomatic triumph. President Hassan Rouhani’s and Foreign Minister Mohammad Javad Zarif’s domestic popularity is high. There is a feeling among those in the government that the experience of the Iran Deal can be replicated to advance Iran’s interests in other regions of the world in what Rouhani describes as a “third way” for Iranian foreign policy. Of course, the South Caucasus and Caspian basin is included.

Finally, Iran will have more leverage to make economic and trade deals - especially with Armenia, and therefore exert more influence in the region. Before the ink dried on the deal, Iran was already talking about massive investment projects in Armenia, especially in the electricity and transportation sectors. Iran has identified nearly 50 new oil and natural gas projects worth $185bn once international sanctions are fully lifted. At least some of these projects will get Iranian oil and natural gas into Europe via the network of pipelines in the South Caucasus and Turkey.

Baku and Tehran have difficult but cordial relations at the best of times. Although Iran occasionally meddles in the internal affairs of Azerbaijan, Tehran has come to realise that it cannot influence Azerbaijanis with religion as it does other parts of the world with sizeable Shia populations like southern Iraq, Bahrain, Syria or Yemen.

The allure of modern Iran does not appeal to the Muslims living to its north in the same way the Persian Empire once did. Most Muslim Turkmen in Central Asia are secular and are put off by Tehran’s fundamentalism. Regime oppression in Iran stifles the cultural appeal that Persian literature, music, and cinema once held in the region. Until the Iranian regime’s attitudes change or the regime changes, this will continue to be the case. Azerbaijan is perhaps the best example of this.

Azerbaijan is one of the predominately Shia areas in the world which Iran has not been able to place under its influence. Azerbaijanis reject Tehran’s brand of extreme Islam and embrace religious freedom and secularism. Azerbaijan’s close relations with Israel are perhaps the manifestation of Baku’s rejection of Tehran’s influence.

Iran has coordinated and backed a number of high-profile terrorist events inside Azerbaijan, further souring relations between the two countries. In March 2012, Azerbaijan arrested 22 people hired by Iran to attack the U.S. and Israeli embassies in Baku. A few months prior, Azerbaijani security services prevented an Iranian-backed attack on a Jewish school in Baku.

So what does Iran’s resurgence in the region mean for Azerbaijan?

A resurgent Iran in the region means that Baku needs to remain more vigilant than ever. Many of Iran’s regional policies do not match up with Azerbaijan’s vision for the region; especially in three areas: Armenia and the continued occupation of Nagorno–Karabakh, energy exports to Europe, and influence in the Caspian. Let’s take these in turn.

It is well known that Iran and Armenia enjoy cozy relations. During the war in Nagorno–Karabakh in the early 1990s, Iran sided with Armenia as a way to marginalize Azerbaijan’s role in the region. With economic sanctions against Iran now being lifted, Tehran is expected to fund a major railway project and invest almost $100 million in an electricity deal in Armenia. Those include the construction of a new high-voltage transmission line that will connect the Armenian and Iranian power grids.

High-level delegations have been shuttling back and forth between Tehran and Yerevan. Even during the recent surge in fighting in the occupied Nagorno-Karabakh region Iran suggested it could play a mediating role - this is something that should make Baku and Moscow concerned (obviously for different reasons). 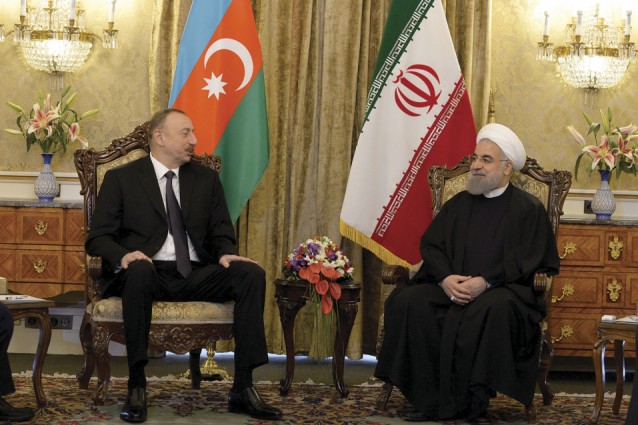 It is in Iran’s interests (and also Russia’s) to keep the Nagorno–Karabakh conflict frozen, or at least simmering. Even so it is not in Iran’s interest to see a major war breakout again between Azerbaijan and Armenia. A major war would make it more difficult for Iran to get oil and gas to Europe via the Caucasus. A breakout in conflict could also mean a larger foreign military presence in the region, especially from Russia. Even in the form of a peacekeeping force this makes Tehran nervous. Also Iran’s economic ties to both countries, especially Armenia, would be damaged by a full breakout of warfare.

Tehran has even tried getting involved in the Nagorno–Karabakh peace talks after the recent flare up of violence there. In light of Iran’s support for Armenia in the past - especially during the war in the 1990s - it is likely Baku will not view Tehran as an honest broker.

Iran and energy exports to Europe

One of the main focuses for Iran in the South Caucasus is secure and dependable energy exports to Europe.

Senior Iranian Ministers have publically stated that they hope that Iran will soon export energy to Europe. European officials have been pouring into Tehran since the Iran Deal was agreed. As energy prices fall and expanding market ownership becomes more of a challenge for Azerbaijan, Iran’s ambitions to enter the European gas market should be viewed with concern.

Even though the deal offers the potential of exporting Iranian natural gas to Europe, this will be easier said than done thanks to the fraught relations between Tehran and its neighbours. For example, under the terms of use for the Trans-Anatolian Natural Gas Pipeline (TANAP), both Ankara and Baku must agree before a third-party (e.g. Iran) can transport natural gas through the pipeline.

Since Azerbaijan - and Turkmenistan if the Trans-Caspian Gas Pipeline is ever realised - views Iran as an unhealthy competitor for Europe’s energy markets, Baku is unlikely to agree to allow Iranian gas into the Trans-Anatolian Natural Gas Pipeline. 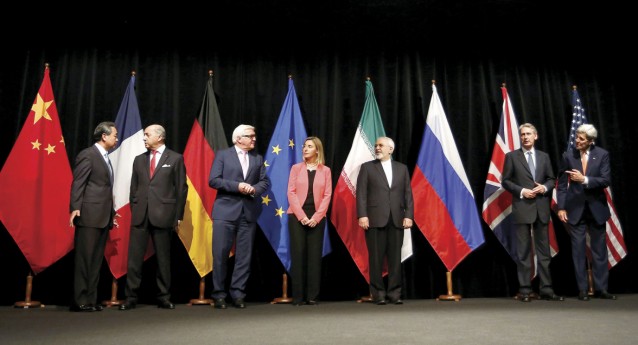 There are many in Europe encouraging the importation of Iranian oil and gas and might even see this as a credible alternative to Russia. Yet nothing in the past 35 years has shown that Iran can be a trusted partner. Europe should avoid the temptation to import Iranian oil and gas because any degree of dependency on Tehran will further weaken Europe’s energy security.

Iran and the Caspian

If the law of the sea is applied, coastline and equidistance measurements will be used to determine each country’s economic exclusive zone. As the Caspian country with the shortest coastline, Iran’s position is straightforward: it considers the Caspian to be a lake. Under this scenario Iran would stand to gain the most.

Conversely Azerbaijan wants to delineate the seabed based on the law of the sea because it stands to gain the most under this scenario. Iran also disputes many of Azerbaijan’s Caspian Sea claims and has even used its navy to interfere with energy exploration operations - all adding further tensions to the relationship. The lack of clear delineation of the waters has led to multiple disputes over oil and gas ownership and raises the risk of military confrontation between Baku and Tehran.

Iran is expected to invest more in its Caspian naval capability, especially after Tehran receives a windfall of billions of dollars as a result of the nuclear deal. In a recent interview, Rear Admiral Habibollah Sayyari, commander of the Iranian Navy, said that the Caspian has a special status in the development of Iran’s naval capabilities.

The lesson to be learned for the countries in the region from the events of 1795 (and many subsequent events after) is not to depend on the goodwill of either Russia or Iran. Unfortunately, Azerbaijan has the dubious honour of being the only country in the world to border both of these countries.

Of course, the geography of the region will never change and cordial relations with Russia and Iran are a must for Baku. At the same time the countries in the region must build bridges with the outside - especially with Europe and the USA.

This will be a challenge. While Iran competes with Russia for influence in the region, Tehran also shares many of the same goals as Moscow, such as keeping foreign influence - especially the U.S. - out of the region.

The Iran Deal will make it even more difficult for Baku to walk this tight rope.

About the author: Luke Coffey is director of the Foreign Policy Centre at the Heritage Foundation, a Washington DC-based think tank. 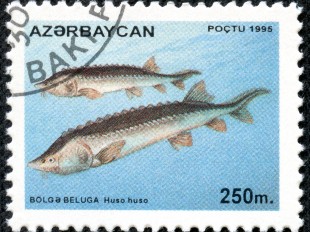 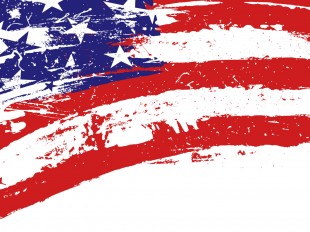