1999.Two young students at Baku State University came to see me in my office. They were setting up a new organisation, they explained, the Azerbaijan-Great Britain Youth Society (AGBYS). And they hoped that I would be able to help them with their publications, as a representative of the BBC. That was my first meeting with Taleh Baghiyev, then a history student, now the executive editor of Visions magazine and head of the TEAS Baku office. The students were indomitable. Their determination and enthusiasm rubbed off on everyone and the society thrived. I remember helping with one publication in particular – a very informative book on relations between Azerbaijan and Great Britain that came out in English and Azerbaijani.

Fast forward six years and Taleh came to see me with a new project. AGBYS was getting together with the Azerbaijan Society in London, led by Tale Heydarov, to publish a magazine, Visions of Azerbaijan and Great Britain. Would I help with copyediting? Of course, I said yes.

That first issue, with the Maiden Tower and Big Ben on the cover, set the tone for Visions magazine today. The articles covered a mix of history, culture and current affairs. The biggest challenge, then and now, for the copyeditor are the history articles. Written by prominent scholars, the articles are packed with fascinating insights, though often there’s too much information as the material is better suited to the specialist academic reader. Whittling down and explaining turned out to be key tasks of the copyeditor.

Five issues later, in spring 2007, the magazine became Visions of Azerbaijan. Hitherto, it had included articles about Great Britain for an Azerbaijani readership. Now it focused solely on raising Azerbaijan’s profile in Europe and worldwide, a mission that remains as important in 2016 as it was in 2006.

In those early days, I worked from home, as Visions had yet to get its own office. Taleh would call me every few months so that we could get together and go through the page proofs. Pizza Hat became the venue of choice for editorial meetings (and for those less familiar with the Baku restaurant scene, Pizza Hat is not a typo).

Visions went from strength to strength and by the end of 2009, it required a full-time editor. As I had other work commitments, we had to part company, though not completely. I was delighted to see fellow Azerbaijan enthusiast Ian Peart take the helm and develop the rich Visions mix.

Pizza Hat became the venue of choice for editorial meetings

But a magazine that breathes Azerbaijani history and culture has a special force field of its own. I was back editing Visions for another two years in 2013-14, as Ian is involved in so many other projects for TEAS. It was exciting to see how the magazine had developed and a pleasure to work with the excellent production team. I handed over to Tom Marsden, who is taking Visions into its second decade in better shape than ever.

I thought I would end with a big ask, choosing some favourite articles from my Visions years. So here we go: Most Moving Article – The Black and the Red of 20 January by Jeyran Bayramova; Most Memorable Historical Article – Ahmadiyya Jabrayilov, National Hero of France, by Shain Sinaria; Most Intriguing Article – Taking Lady Ladle for a Walk and Other Seasonal Rituals in Azerbaijan by Tahir Shahbazov, Best Short Story The Tale of a Wedding by Chingiz Abdullayev or should that be Our Winds by Elchin Safarli? And my favourite cover – another close call, but it has to be Eldar Farzaliyev’s pomegranates in October 2014. You can read (and see) them all on the Visions website. Happy birthday, Visions of Azerbaijan! 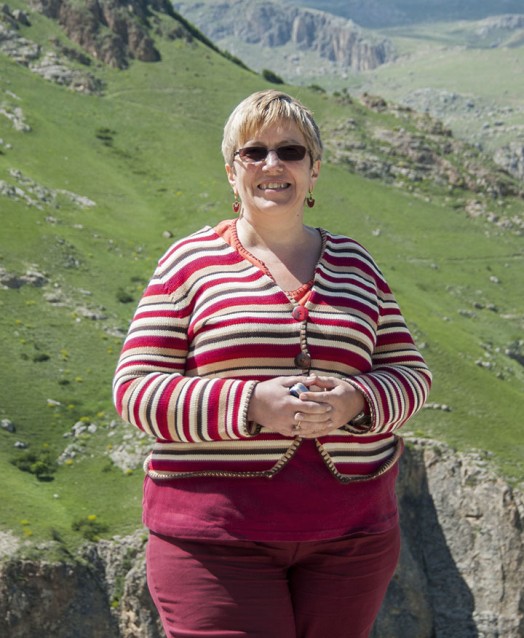 When I first came to Azerbaijan as a teacher and got some hint of the wonders it held, my question was, how is it possible that the West knows so little about such a glorious culture, history and geography?

I had to tell somebody and wrote a few articles for local papers but then, in 2006, came the launch of a new magazine. There I met up with editor Anne and realised that this was a chance to help get the word out in a regular, professional publication.

I am very proud of contributing something to every issue from No 2 onwards, but am even more grateful to that meeting with Anne and Visions of Azerbaijan for giving me the chance - the excuse – to meet the list of heroes I was already compiling across any number of the country’s attractions. Football, fashion, chovgan and chay. Mountains, mugham, salt mines and sax. Synagogue, church, cathedral and mosque…. And the brave survivors of Khojaly.
The flame burns on and I look forward to the next 10 years. 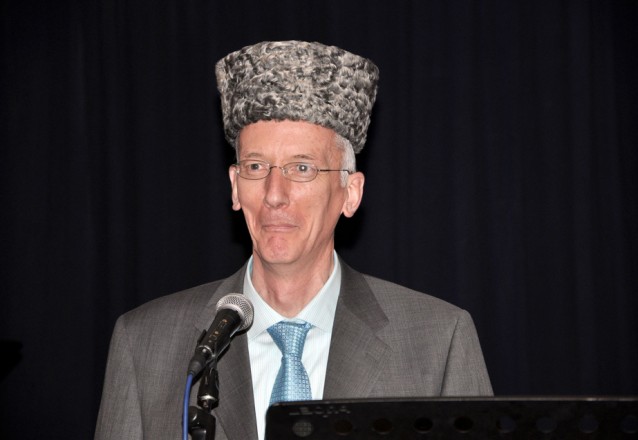 Moving to Azerbaijan was spontaneous to say the least. I had just returned from a short stint working at the 2014 Sochi Winter Olympics when an offer came through to do something a little different. I arrived in Baku at the onset of the city’s terrifying summer heat. Several months later and still in a sweat, I was eager to publish some of my photography which is how I turned up on a balmy late summer’s evening at the Visions office.

Six months later again and I became editor of the magazine and here I am today, over a year into the job. During that time I have become a bit of an expert on Azerbaijan, swapping weekends whiled away in cafés in East London with expeditions into the Quba Mountains, Zagatala, Nakhchivan and Ivanovka. I have met the Molokans, the Lezghis, the Avars and the Luthier of Lenkeran and become a self-styled Azerbaijani kebab correspondent (see The Kebab King of Mingachevir and Dining with the Kings) despite my indifference towards meat. I have worked with talented people throughout.

The regular travel and rigorous editing have guided me slightly deeper each day into the country’s dramatic scenery, diverse people and complex yet compelling past. Yet each time I return home I am reminded of just how little of this is known in the West.

The regular travel and rigorous editing guide me slightly deeper each day into the country’s dramatic scenery, diverse people and complex yet compelling past

- Well I live in Azerbaijan now.

So this is the job of Visions - to unravel the country’s hidden histories, rich culture and personalities and to give the international community a sense of what Azerbaijan really is.

It isn’t an easy task. The Visions team is small, access to information can be hard and, as former editor Anne has alluded to, trimming weighty academic articles is quite a challenge. But the future, I feel, is bright. The soon-to-launch Visions TV is an exciting extension of the Visions brand and our new website will bring a fresher look, easier navigation and a new section for those wanting to know “What’s on in Azerbaijan.” 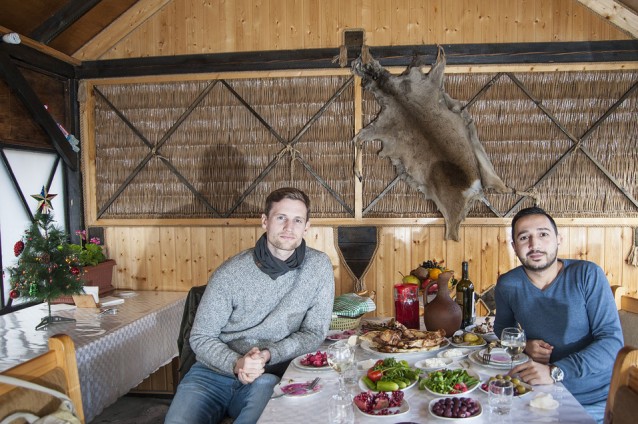 So I hope you will continue to follow us on our literary journey around the country over the following 10 years, as we move further into the digital age and strive to add ever more colour, movement and life to our coverage of Azerbaijan.