Politics
by Rovshan Didavari
24280
Ali muellim, Visions of Azerbaijan is about to celebrate its 10th anniversary. How would you assess the magazine’s work over the last 10 years?

Azerbaijan is a country of strategic geopolitical importance, located in a region where complex processes are taking place. It possesses rich natural resources and is therefore always of interest for global powers. Both in the early period of its independence and the one that followed, our country suffered provocations from Armenia and the Armenian lobby in the information sphere. Therefore one of our main tasks is to prevent the information war conducted against Azerbaijan and to deliver our country’s voice for justice to the world.

The Azerbaijani national leader Heydar Aliyev and the President of Azerbaijan, Mr Ilham Aliyev, have attached great importance to the media’s role in this regard and fully supported it. There is a great need for media organisations working in Azerbaijan to present objective information about our country to an international audience. From this point of view, the work of Visions of Azerbaijan in consistently covering our country’s dynamic development, promoting its history, culture, national and moral values for a foreign audience and spreading objective information on the Armenia-Azerbaijan conflict over Nagorno-Karabakh, is highly valued.

The President recently declared 2016 the “Year of Multiculturalism.” What is the significance of multiculturalism for Azerbaijan and what future activities are planned to promote it?

In Azerbaijan, people of various nations and confessions live in peace and mutual understanding. The atmosphere of tolerance in our country is an example throughout the world. In recent years, Baku has hosted many summits of religious leaders, dialogues between civilisations, humanitarian forums and other international events. Substantial repair and reconstruction of cultural monuments, including mosques, churches and synagogues has been done at the state’s expense and given to religious people for use. In January this year Shias and Sunnis performed a prayer of unity together at the Heydar Mosque in Baku. This is the embodiment of Azerbaijan’s values of tolerance and multiculturalism. The International Centre of Multiculturalism was established in Azerbaijan. In 2015, for the first time in history, our country hosted the European Games, and in 2017, it is preparing to host the 4th Islamic Solidarity Games. The United Nations Inter-Civilization Alliance decided to hold its 7th Global Forum in Baku in April, which is evidence of the real value attached by the UN and countries around the world to Azerbaijan’s role in developing multiculturalism.

At a recent meeting of the Cabinet of Ministers President Aliyev also emphasized the country’s humanitarian role in the international community and its efforts in promoting multicultural values. Taking this into account, he declared 2016 the “Year of Multiculturalism.”

We think that measures taken during the “Year of Multiculturalism” will strengthen religious and national tolerance, national solidarity and harmony in Azerbaijani society, and will promote values of multiculturalism in the region and the prestige of Azerbaijan as a bearer of these values in the world. 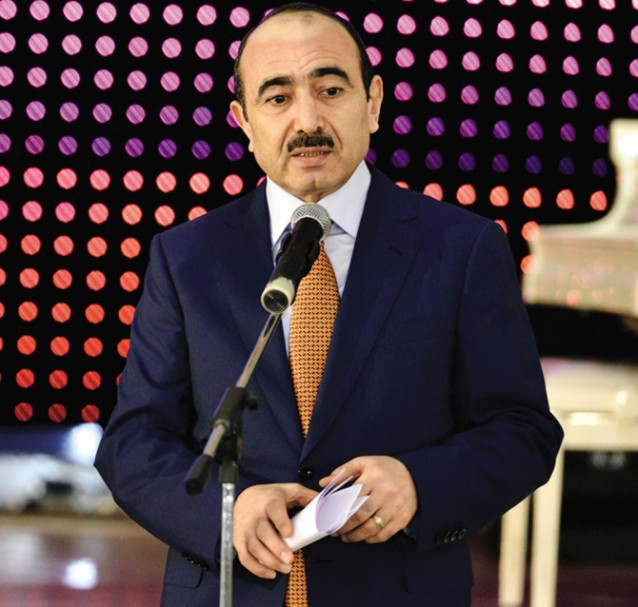 Resolving the Armenia-Azerbaijan conflict over Nagorno-Karabakh is the most important task facing Azerbaijan. How would you evaluate what has been done up to now and what do you expect in 2016 regarding the conflict’s resolution?

As a result of Armenian territorial claims against Azerbaijan and military aggression in the late 1980s, early 1990s, 20 per cent of the territory of our country recognized by the world, was occupied, a policy of ethnic cleansing was used against our people, more than a million Azerbaijanis were driven from their native lands, thousands of our compatriots died and the socioeconomic and cultural infrastructure was completely destroyed in those lands. The UN, the OSCE, the EU, the Council of Europe, the Organization of Islamic Cooperation, the Non-Alignment Movement and other respective organisations adopted decisions and resolutions that condemn the occupation and require the territories to be released and refugees and IDPs to be returned to their homeland.

But Armenia continues to ignore the calls of the international community by keeping the Azerbaijani territories under occupation. Armenia’s destructive position, its efforts to maintain the status quo and the indecisive position of the OSCE Minsk group co-chairs are the main reasons why the occupation has continued for over 20 years. It’s no secret that the international community and leading countries present completely different positions in relation to conflicts in different parts of the world. At the moment this is a clear example of double standards in world politics. It is also worth mentioning that the countries of the OSCE Minsk Group are also permanent members of the UN Security Council and voted for those four UN resolutions regarding a resolution of the Nagorno-Karabakh conflict. So the failure to take any effective action to implement those resolutions can be viewed as those countries disregarding the very resolutions they voted for at the time.

Moreover, two draft resolutions regarding the Armenia-Azerbaijan conflict over Nagorno-Karabakh were included in the agenda of a session at the Parliamentary Assembly of the Council of Europe held in January this year. It is regrettable that some members of the parliament disrespected not only the official position of their country, but also decisions previously adopted by the Council of Europe, and were against the draft resolution on the escalation of violence in the occupied territories of Azerbaijan prepared by British MP Robert Walter.

Despite all this, we will raise our voice for justice again and require the international community to end double standards and make resolute steps towards settling the conflict. We will also continue to strengthen our national economy, increase our military power and conduct a policy of isolating Armenia. I believe that sooner or later this problem will find its fair solution and that the requirements of international law will be observed.

What would you like to wish or recommend to Visions of Azerbaijan magazine?

I am sure that in the near future Visions of Azerbaijan magazine will continue its principled position and expand its audience in foreign countries. I think closer contacts should be made with political, economic and cultural centres in Great Britain and other European capitals and that the realities of Azerbaijan should be communicated even more purposefully and comprehensively.

I wish success to the management and the whole staff of the magazine in this work. 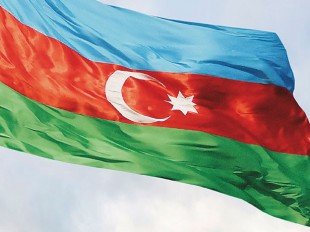 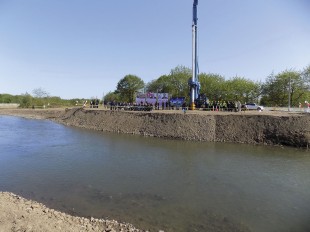