Dining with the Kings: Sampling the Turkey Kebabs of Qabala

For some foreigners plying their trade in Azerbaijan December can be a disheartening time of year. After all, Christmas isn’t widely celebrated in this majority Muslim corner of the world and there are few Father Christmases or renditions of Jingle Bells to be found. However, a little lateral thinking and knowledge of Azerbaijani cuisine might unravel some degree of the good old-fashioned Christmas spirit. At this time of year, turkeys are a popular treat throughout the country, nowhere more so than in Qabala, home of the turkey kebab.

When rumours flushed through the Visions office of a special report on Qabala’s turkey kebabs, mouths began to water and ooohs and aaaahs quickly spread from room to room. Rustic Qabala’s turkey kebabs, it seemed, were an Azerbaijani winter treat. So, quick on the heals of a recent report on the astonishing catfish and eel kebabs of Mingachevir (see The Kebab King of Mingachevir, July-August 2015), the self-styled kebab correspondents - photographer Eldar and myself - were setting off early one gloomy December morning to the rural delights of Qabala.

After 18 months of exploring the regions of Azerbaijan I’d begun to feel the remaining tourist options were wearing thin, particularly after a misjudged hitch-hiking trip had recently brought me to dusty Kurdemir. This is only partly true of course because there’s plenty of scope for re-visiting old haunts. One of those is Qabala, which has fast become a favourite spot, offering the best of regional Azerbaijani rest and recuperation – the Caucasus Mountains, the high-end hotels, the tidy roads and parks, not to mention the Tufandag ski resort and Qabalaland.

On this particular morning, the wintery scene added an extra gloss. The first signs of snow were encountered as early as the high ground of Shamakha, a few hours west of Baku, and from here the roadside forests and teahouses continued their quiet, enchanting existence of colourful lights and steamy samovars, reaching a crescendo as we raced through the autumnal crimson forests approaching Qabala.

all this illustrates Qabala Khanlar’s overall concept - to serve traditional Qabala dishes, some of which go back thousands of years

Entering the city, we swung north towards the mountains and what the locals refer to as the “Russian forest.” It’s here just beyond the new cable car to the Tufandag Ski Resort that the Qabala Khanlar (“Qabala Kings” - www.qabalakhanlar.az) restaurant and cottage complex appears as a magical world of Tolkein-esque cabins, turquoise ponds and steaming chimneys blended into the local woods. Although we didn’t see any turkeys waddling about, the mounted deer heads, skins and myriad model animals seemed to hint at the fact that we’d come to the right place.

And sure enough we had. Two plucked turkeys hung outside the kitchens and head chef Zahir, a young moustachioed man, was beginning preparations for the famous kebabs. But with turkeys being common to other parts of Azerbaijan, I wondered what was so unusual about the dishes prepared in Qabala?

According to Zahir it’s largely because here the turkeys are left to roam about chomping forest nuts and acorns, which fattens them up and accentuates the taste of the meat. Furthermore, prior to preparing, the birds are caught and left unfed for a day, which entices them to eat the snow, and cleanses their insides. After the turkeys have been killed, they are salted and hung upside down in the winter frost for a further day, before the meat is used to prepare the kebabs.   This, together with the natural tendency to eat meat in cooler weather, makes turkey kebabs an Azerbaijani winter specialty.

Another factor unique to the Qabala kebabs are the parts of the bird used in the kebabs. Here, it’s just the legs, wings and breast whereas elsewhere, such as in Sheki, all the parts are used. Serving differs as well. Once the meat has been skewered and left to fizzle and crackle away on the mangal (barbecue), a special disc-shaped bread of a centimetre thick, known as Saj, is very lightly toasted and filled first with small pieces of crispy skin taken from between the turkey’s neck and breast, and only then by the different kebab meats: black from the legs and white from the breast.

Kebabs aren’t of course the only form in which turkey is served here or in other parts of Azerbaijan. Qabala Khanlar also conjures up a hearty turkey soup and a special turkey plov. For this the turkeys are hung outside to freeze for 10 days and the meat, once cooked, is served under rather than over the rice.

The turkeys are left to roam about chomping up forest nuts and acorns, which fattens them and accentuates the taste of THE meat

Returning to the turkey kebabs. Once cooked to a fine, crispy golden brown they are served with all sorts of pickled vegetables – alcha, onions, cabbage and tomatoes – and fruits, all of which are sourced from their native regions. For example, Qabala Khanlar gets its pomegranates and kiwis from Goychay, citrus from Astara and onions from Baku. Even the wine comes from the nearby Savalan valley, and a few cabins away we were shown various bundles of branches dotted with berries like tiny persimmon fruits. Freshly collected from the surrounding mountain woods these will be made into jams and compotes. But more importantly, all this illustrates Qabala Khanlar’s overall concept - to serve traditional Qabala dishes, some of which go back thousands of years.

The restaurant itself is named after Khanlar muellim and first opened in 1991. It’s perhaps a sign of the quality of the food and the service that the restaurant managed to survive the difficult early post-independence years and is now in its 25th year, with even a second restaurant for customers based in Baku. A key element is the service, which as Khanlar muellim told us, was instilled in him by observing his grandparents’ hospitality as a child and led to a passion for working in the restaurant business.

The idea is that when guests come they will enjoy everything – the food, the place and the time, said Khanlar muellim in a phone call from Baku.

Which is certainly what Eldar and I did for the following hour, engulfed in a feast fit for kings in our small private cabin more reminiscent of a hunting excursion in the wilds of North America than anything I’ve so far experienced in Azerbaijan. Outside the first snow of the year was melting under the gorgeous wintery afternoon sun and everywhere resounded to the peaceful dripping and running of water – from the trees, the paths and the stream flowing through the restaurant’s grounds.

The turkey was tender and peeled smoothly off the bone, dousing the taste buds with a deliciously salty barbecue flavour, which we accompanied with all the pickled vegetables and juicy fruits of Azerbaijan and washed down with semi-sweet Savalan wine. Dining like kings in a restaurant named “The Kings” in the middle of an enchanting mountain forest.

This country sure likes to throw up the odd surprise. 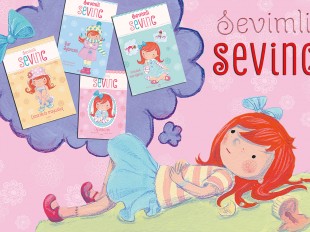 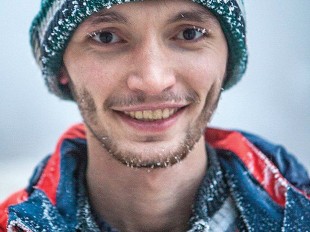