Literature
by Jo Burge
30720
The European Azerbaijan School (EAS) will soon introduce a tailor-made International Baccalaureate programme to modernise Azerbaijani education. Director Graeme Pollock explains EAS’s approach to learning and his hopes that the school’s example will be picked up by others nationwide. 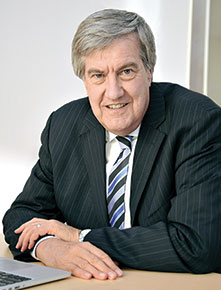 All schools in Azerbaijan should be excellent schools. All schools need to be excellent because children’s futures are at stake. Here at the European Azerbaijan School we want to develop a curriculum that combines the very best of Azerbaijani and international teaching practices which are responsive to the needs of 21st century learning, and then make these programmes available to other schools in the country. That’s not necessarily to say that this school will be the best school in Azerbaijan – it may be! – but we want to develop a model that others can pick up if they wish so they can become excellent schools.

Currently we are introducing the International Baccalaureate Organization (IBO) education programme and integrating it with the existing Azerbaijani national curriculum. Our students will then finish and graduate from EAS with both the Azerbaijan Leaving Certificate and the International Baccalaureate Diploma. This means that our students will meet the national requirements to enter local universities and will also have greater access to international ones.

I’m hoping that we will be able to work with the Azerbaijan Ministry of Education to have the IB Diploma recognised as a valid leaving qualification from school and for entry into local universities. There are more than 100 countries around the world that recognise the IB diploma. Countries like Japan have taken the IB Diploma on board as their official leaving certificate. In many cases, universities in the UK, the US and throughout Europe are willing to accept students who have completed the IB directly into their university programmes and depending on their scores give credit towards their programme. 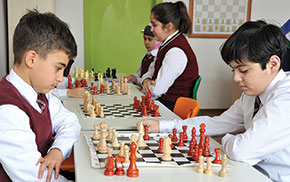 EAS is one of the leading bilingual schools in Baku. If someone is truly bilingual it means that they can think in both languages, rather than translating back and forth between the two. In international education the ‘Early Years’ education programme begins for children at three years old, so by the time a child is five they are able to read and write. In Azerbaijan children start school at six – much later than in many other countries - this is when they then begin to learn and when they are taught the alphabet.

At EAS we are focusing on developing literacy bi-lingual programmes. Our five-year-olds not only learn their mother tongue but also the English language. We have introduced a programme called ‘Read Write inc’ which is built around phonics so that children recognise letters of the alphabet as sounds rather than simply as names. And they are learning to read and write both languages much quicker and at a younger age.

Often teachers teach the way they were taught, in a very traditional way that can result in teaching time being lost and wasted in the classroom. Here, the synergy with my other position as Director of the Azerbaijani Teacher Development Centre (ATDC) comes in. With the ATDC we are working to train teachers to move from a traditional way of teaching to a more 21st century inquiry, problem-solving, project-based and student-centred way of teaching and learning. Our teacher trainers spend a lot of time at the school. This enables them to build their skill base in giving effective feedback to teachers, because it’s not that easy! Teachers at times are not good at receiving feedback around their professional work, but we seek to encourage a free, open, continuous dialogue that supports professional learning and development within our teaching staff. 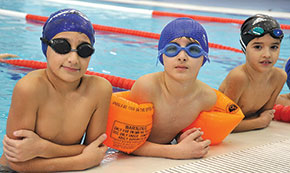 The trainers are all experienced, bilingual Azerbaijani teachers who have been exposed to international teaching, have worked in international schools, have worked with an international curriculum, and so have an understanding of contemporary teaching practice. We’re trying to build a core of professional teacher educators who are able to work with teachers from all educational settings – both government schools and private schools, not just in EAS – and have a wider influence on education in Azerbaijan as a whole.

Education underpins a country’s growth. I think we can see that model even in the oil and gas industry. Initially, international experts were brought into the country by BP, setting up and running a very successful training programme here delivering quality technical and engineering training to Azerbaijanis. This has led to more and more local experts, who are now beginning to take over from the international work force.

To find out more about the European Azerbaijan School visit their website at www.eas.az 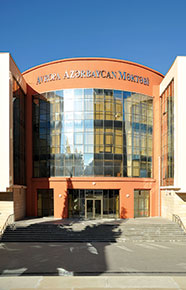 EAS opened in 2011 with 95 students. Currently it has 514 students in grades 1-11, plus 26 children in an early years programme which has recently begun. The school is a candidate school to offer the International Baccalaureate (IB) diploma for years 10 and 11 and hopes to get IB accreditation for the secondary school, which will open on new larger premises in September. After that, a second EAS school is planned to open in Badamdar, then in one of the regions, in Ganja. EAS’s parent company The European Azerbaijan Society (TEAS) is also looking to establish a private university in Baku.