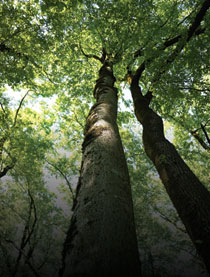 Relict trees are survivors of the vast forests that 20 million years ago covered much of Eurasia. Countries and regions known for their relict trees, such as the islands of Crete or Sicily, often have just a dozen or so of the venerable species. Azerbaijan, though, is remarkable as it is home to a whole forest of relict trees. Botanists Emanuel Gerber and Gregor Kozlowski share with Visions’ readers their passion for these magnificent reminders of a bygone world and explain why Azerbaijan’s relict trees are so important.

Azerbaijan has many national treasures. Relict trees – probably not your first thought – are one of them. Ancient and mysterious, they are particularly emblematic of the natural heritage of the country. Outlasting changing and stressful environmental conditions for millions of years, these organisms provide a unique opportunity to research past and present evolutionary processes. Besides their ecological functions, many relict trees hold important socio-economic uses and cultural significance. There is an enormous potential to explore and highlight this unique heritage both on a local and international scale.

These majestic trees are to be found in the Hyrcanian (Hirkan) Forest in the south of Azerbaijan. Their decorative leaves, large crowns and strong trunks have attracted the attention of naturalists, botanists and gardeners from around the world for centuries. Paradoxically, however, many aspects of their distribution patterns and ecology are still not well understood.

Despite their continued existence over an enormous geological time span, today, only a handful of each highly threatened species remains. Recent unprecedented and rapid global transformation, specifically demographic and climatic changes, could irreversibly threaten the survival of these unique trees. Conservation of this significant evolutionary heritage for future generations requires targeted action to prevent detrimental human activity.

Relict trees are not only valuable from a scientific point of view, they also contribute to human welfare and can play a significant role in the economy in forestry and timber cutting, paper production and construction. Their wood is valued by local communities in the manufacture of traditional furniture, decorative items and other craft work. Furthermore, they can be planted to stabilise slopes against erosion and landslides. Some species have natural healing properties used in both traditional and modern medicine, and in the detoxification of soil and water. 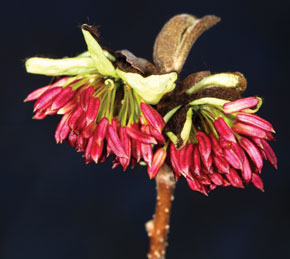 The Hyrcanian Forest follows the south-western and southern coasts of the Caspian Sea. There, it forms a narrow, arching region of forest that extends from south-eastern Azerbaijan across the south and then eastwards as far as the Golestan Province of Iran. Since the original forests of the coastal plains were almost completely cleared due to intensive farming, the modern day range of this unique forest community is limited to the north-eastern slopes of the Talysh Mountains and the northern slopes of the Elburz Mountains.

Fossil records attest to the fact that Hyrcanian is a descendant of forest communities that were widespread throughout the northern hemisphere during the Miocene, a geological era between 23 and 5.3 million years ago, but whose range significantly retreated during the climate change that occurred during the glacial Pleistocene period. The Hyrcanian Forest owes its survival to the special climate of the southern Caspian region, and the relatively mild humidity it enjoyed even during the Ice Age.

The Talysh Mountains – a biodiversity hotspot

The Hyrcanian Forest of the Talysh Mountains benefits from a regional climate that is markedly warm and humid. With 95 tree species, 110 shrubs and more than 1,000 other higher plant species (those with specialised tissue for distributing resources throughout the plant, allowing it to grow bigger), this area boasts a peak biodiversity compared to other forested areas in the neighbouring south-eastern Elburz Mountains. Together with a variety of fauna that is equally diverse and rare, this wealth of flora gives the relatively small Azerbaijani portion of the Hyrcanian Forest a global significance, and justifies every effort to appreciate and maintain it.

During the Soviet period, the use of the Talysh Mountain forests of Azerbaijan was centrally organised and regulated. After 1989, when the Soviet socio-economic system collapsed, the local people in the Talysh Mountains turned increasingly toward subsistence farming, using wood for heating, cooking and building, both for personal use and for sale. The unregulated collection of this wood, together with an increasing use of the forest for pastureland, led to the degradation and loss of large numbers of trees. The challenge now is to provide good economic options for the local population, while preserving long-term the Hyrcanian Forest ecosystem.

Portraits of Three of the Emblematic Relict Trees of Azerbaijan

The Velvet Maple is the largest maple tree in the world. Typically it does not grow taller than 20 to 25 metres, but some trees can reach a height of more than 60 metres. Near the village of Siyov in the Talysh Mountains, there is a multi-stemmed giant that is 52 metres tall with a crown diameter of 32 metres and a circumference at breast height of 930 centimetres. The Velvet Maple also has a record leaf size and is exceeded only by the Oregon Maple (Acer macrophyllum) native to north-western North America. As the Velvet Maple tends to develop heart rot, the trunks of larger and older trees are generally hollow. 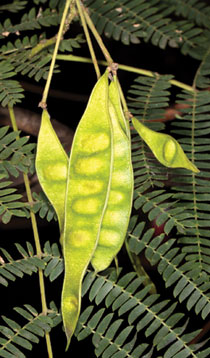 The main range of the Velvet Maple includes the Hyrcanian Forests of Azerbaijan and Iran, from the Talysh Mountains and Lenkeran (Lankaran) as far as the province of Golestan. In addition, there are a few known specimens in the eastern Greater Caucasus Mountains (e.g. in Sheki and Quba regions in northern Azerbaijan).

The Velvet Maple prefers moist, deep soils on hillsides and in ravines, from the lowlands up to 1800 metres above sea level. Within the forest, it grows as a single tree or in small clusters alongside other tree species. However, in open sites such as the forest edge or clearings, the fast-growing and light-hungry young Velvet Maples have the advantage over competitor species and often thrive there in greater numbers.

The Persian Ironwood is undoubtedly one of the most noteworthy relict tree species of the Hyrcanian Forests. Its range extends along a narrow strip on the southern coast of the Caspian Sea from the Talysh Mountains in Azerbaijan as far as the Iranian province of Golestan. Another smaller natural area of occurrence is located in the south-east of the Greater Caucasus Mountains in Azerbaijan.

The Persian Ironwood is still common within its range and may even form pure stands (areas where the species comprises more than 80% of the total tree population). Mostly as a result of its attractive autumn foliage colours, it was cultivated as early as the first half of the 19th century. Today, mature specimens are found adorning many parks and gardens of Europe and North America. 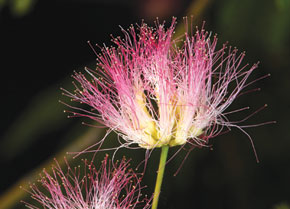 The Persian Ironwood is a species of the lowlands, growing best at an elevation between 250 and 400 metres above sea level. Despite its preference for warm and rather shady sites with damp, deep and nutrient-rich soils, it also tolerates less favourable climatic conditions and soil, and in the Talysh Mountains grows as single small trees at elevations of 1,200 metres and more. In the Elburz Mountains in Iran, the species is even found at elevations above 1,400 metres. In autumn, the foliage of the Persian Ironwood develops a magnificent yellow, orange and purple assortment of colours, making the Hyrcanian Forest more eye-catching than ever.

The greatest occurrence of Caucasian Zelkova is found in the Hyrcanian Forests and in west Georgia. There is also a limited number of smaller, isolated sites in north-west and east Georgia, in southern Azerbaijan, in eastern Turkey and in western Iran. This disjointed pattern of distribution indicates that 6,000 to 5,500 years ago, forests with Caucasian Zelkova were more widespread in the South Caucasus than they are today.

The light- and heat-loving Caucasian Zelkova enjoys fresh, not-too-wet soil that is rich in humus (organic, mature, top soil) and lower-lying sites, where it can attain a trunk diameter of two to three metres and a height of 40 metres. Not only does the species grow large, it is long-lived too. Some specimens in the Talysh Mountains are 800 to 850 years old.

In the Hyrcanian Forest region, the Caucasian Zelkova has an elevational range from the South Caspian lowlands up to 1,500 metres above sea level. It exists in pure stands or is found as a component of mixed deciduous forests with varying composition including species such as Velvet Maple, Chestnut-leaved Oak, Persian Silk Tree, Persian Ironwood or the Caspian Locust.

The Top Ten – the most emblematic relict trees of Azerbaijan:

The International and Interdisciplinary Project Zelkova

In 2010, the Botanic Garden of the University of Fribourg (Switzerland) together with the Natural History Museum Fribourg and Botanic Gardens Conservation International (United Kingdom) started the interdisciplinary Project Zelkova. Through this initiative, as much information as possible about the six known species of Zelkova is being compiled and evaluated, incorporating a range of other scientific institutions. The goal of this endeavour is to develop a comprehensive action plan to preserve this globally endangered relict tree. The project has three parts: 1) Evaluation of the conservation status of the individual species and surveying the specimens found in cultivation; 2) scientific studies of Zelkova to understand their phylogenetics, biogeography and population genetics; 3) informing and sensitising the public, for example with exhibitions, as well as the exchange of knowledge and experience at national or international symposia. 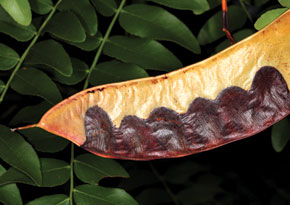 (+994) 12 502 43 94. About the authors: Emanuel Gerber is the deputy director of the Natural History Museum Fribourg (Switzerland). His professional interests include relict and endemic plants in the Mediterranean region and plant photography.

Gregor Kozlowski is a professor at the University of Fribourg, scientific head at the Botanic Garden of Fribourg and conservator at the city’s Natural History Museum. His main research interests are biogeography and conservation biology of relict and endemic species.