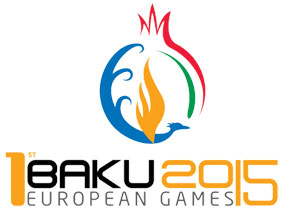 We are aiming for the biggest, most sensational sports event, second only to the Olympic Games, Janez Kocijancic, vice-president of the European Olympic Committees (EOC), told journalists in April. He was speaking at the end of the third visit to Baku by the EOC Coordination Commission.

The commission members were in town to check up on preparations for the inaugural European Games. And they pronounced themselves more than satisfied with the work of the Baku 2015 European Games Operation Committee, BEGOC. As chairman of the EOC Coordination Commission, I can confirm that we have been impressed with the state of BEGOC’s preparations on our third visit to Baku, Spyros Capralos told an upbeat press conference.

In what the chairman described as a “productive” two days, the commission members made site visits and discussed work done in many areas, such as sport, medicine, anti-doping, venues, transport, security and volunteers.

Construction work including the National Gymnastics Arena, Baku Shooting Centre, the National Stadium and other construction and renovation work around our existing sports infrastructure continues apace and we are confident that they will be delivered on time and on budget, Azerbaijan’s First Lady, Mehriban Aliyeva, who is also chair of BEGOC, told the Coordination Commission.

Not long after the commission’s visit, on 17 April, President Ilham Aliyev and the First Lady officially opened the new National Gymnastics Arena, which can hold up to 6,000 spectators. While designed for gymnastics, the arena can be adapted for other sporting events too. The state-of-the-art complex includes shops, cafes and ancillary facilities as well as a hotel. The exterior lighting makes the arena a striking night-time landmark on the main road into Baku from the airport and Absheron Peninsula. Conveniently situated across the road from Koroghlu metro station, the arena is close to the National Stadium and Athletes Village. 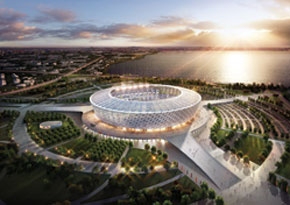 Artist’s impression of the National Stadium

The Baku 2015 organisers are not looking to hold simply a mini-Olympics with European competitors, they are keen to try out new ideas. One such innovation is the inclusion of visually impaired judo, which was announced during the Coordination Commission visit.

Expressing himself delighted at the inclusion of visually impaired judo, EOC President Patrick Hickey said: It is a welcome addition and absolutely in line with the EOC’s vision for the European Games to act as a catalyst for innovation in European sport. He added that Baku 2015 would be the first continental Games to fully integrate a Paralympic sport discipline into its Sports Programme.

Athletics was not originally part of the European Games programme, as the EAA, the European governing body, already had competitive commitments in 2015 before the Games were scheduled. However, good news came for athletics fans with the announcement that the European Athletics Team Championships 3rd League will be incorporated into the Games. In two days of track and field events, 600 athletes from 14 countries in the division, including Azerbaijan, will compete in the magnificent new National Stadium. They will be looking not only to win medals and boost their team’s score, but to achieve good enough times to qualify for the 2016 Rio Olympics. Artist’s impression of the Aquatics Centre

Street athletics on the beautiful seafront boulevard will be a demonstration event at the Games. The organisers are hoping to attract some big names in international sport to take part.

Nine sports at the European Games will offer qualifying opportunities for events at the Summer Olympics in Rio. In swimming, qualification standards are available. Ranking points are on offer in archery, athletics, cycling, taekwondo and beach volleyball. And in shooting, table tennis and triathlon, it’s the winners who will automatically qualify for Rio 2016, making for some exciting competition.

As the inaugural European Games, Baku offers competitors an excellent chance to go down in the record books. Every winning time or winning score will be a new European Games record, former Chief Operating Officer Jim Scherr pointed out. Times will all be regulated by the individual European federations. 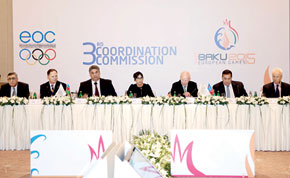 Azerbaijan’s First Lady Mehriban Aliyeva (centre), flanked by Youth and Sport Minister Azad Rahimov (on her right) and EOC President Patrick Hickey (on her left) at the meeting of the 3rd Coordination Commission in Baku

Sports fans across Europe and the world will be able to enjoy the Games on TV and online. International Sports Broadcasting (ISB), who have been chosen as the host broadcaster, will produce an anticipated 1,200 hours of high-quality broadcast coverage in high definition, including live coverage of all event semi-finals and finals and a daily highlights package. ISB will cover the Opening and Closing Ceremonies and the evening entertainment from the Victory Celebration Plaza too.

ISB has also been appointed to manage the sale of broadcast rights for the 2015 European Games to broadcasters throughout Europe and beyond.

We have been very fortunate to broadcast many of the world's greatest events and have also had the unique opportunity to help events grow in stature, ISB founder Manuel Romero said in December. We firmly believe that the European Games will be one of the world's next great sporting spectacles.

In support of the 2015 European Games legacy, ISB will work with aspiring broadcast professionals from Azerbaijan to provide hands-on training and experience in sports broadcasting in the lead up to, and during, the European Games.

One of the concerns expressed by members of the Coordination Commission during their latest visit was the need to create legacy not only in splendid infrastructure, but in a very big number of educated, highly skilled volunteers and sports workers.

The subsequent launch of the innovative Baku 2015 Games Academy should go some way towards ensuring a personnel legacy for Azerbaijan. The Games Academy will develop the skills and knowledge of local team members, through what it calls the Flexible Learning Pathway, and train university graduates from Azerbaijan and all over Europe in the Graduate Excellence Programme. The initiative is led by the Baku Games organisers (BEGOC) and the Azerbaijan Youth Foundation with the endorsement of the European Olympic Committees.

Talented and motivated people who graduated between 2012 and 2014 are being invited to apply to the Graduate Excellence Programme. The programme has places for 199 candidates (150 from universities in Azerbaijan and 49 from the countries of each participating National Olympic Committee). Another long-term legacy for sport in Azerbaijan will be the training of National Technical Officials (NTOs) for the European Games. Experienced International Technical Officials (ITOs) have begun visiting Baku to pass on their expertise and educate NTOs. The officials will be required at all 19 sports at Baku 2015 to ensure the competition is run fairly and within the rules. 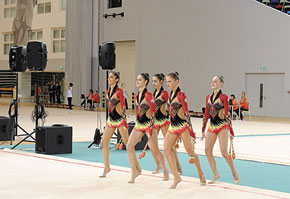 Gymnasts at the opening of the National Gymnastics Arena

In encouraging news for fans, Azad Rahimov, Azerbaijan’s youth and sport minister and chief executive officer of the Games, announced that ticket prices would not be at the level of other Olympics, for example, London or Sochi. He said it is too early, however, to say what ticket prices will be, as sponsorship will have a bearing.

We want the stadiums full of people with enthusiastic crowds. We are encouraging the organising committee to keep prices as low as possible, EOC Coordination Commission Chairman Spyros Capralos said.

While focusing on the European Games, Baku is keeping an eye on an even bigger event – the 2024 Summer Olympics. We bid to host the Olympic Games of 2016 and 2020, but failed to win, Azad Rahimov said during a visit to Turkey in April. There are two important reasons for this. First, a lack of experience, since we never hosted complex competitions. Second, the culture of sport must be very high in a country that hosts the Olympics. Some countries build numerous facilities for the Olympics, which then stay empty. It is necessary to create an Olympic spirit in the country. We want to apply to host the 2024 Olympics. Thanks to the European Games, we will get great experience.

A great experience is what Baku 2015 promises to offer competitors and spectators alike.