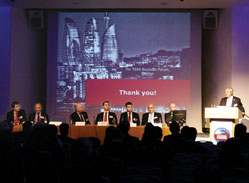 The event came at the end of a pivotal year for Azerbaijan. Concrete steps have been taken towards realisation of the Southern Energy Corridor, which will carry gas from Azerbaijan’s Shah Deniz field to Europe. Protocols have been signed on construction of the Trans-Anatolian Pipeline (TANAP) to pump Shah Deniz gas through Turkey, and the Trans-Adriatic Pipeline (TAP) has been selected to take the gas from TANAP and carry it to Italy. This year also saw the launch of Azerspace-1, the first Azerbaijani communications satellite, whilst work on the Trans-Eurasian Information Superhighway (TASIM) is continuing apace.

In a little over 20 years, Azerbaijan has made tremendous progress, Charles Hendry MP, the UK prime minister’s trade envoy to Azerbaijan, Kazakhstan and Turkmenistan, told the forum.

The UK is the greatest foreign direct investment (FDI) contributor to Azerbaijan, due to the oil and gas industry, but it is time for it to take a similar position in the non-oil sector. There is a pre-existing long-term relationship between the countries. Azerbaijan’s role in the development of the Southern Gas Corridor, due to the construction of TANAP and TAP, is destined to provide European energy security. Today’s event, with its additional emphasis on the non-oil sector, is of great significance for Azerbaijan and the UK. I urge British businesses to come to Baku and see what the country has to offer. The UK government wants British businesses to be the partner of choice for their Azerbaijani counterparts.

Matthew Bryza, former US ambassador to Azerbaijan, commented: I wish the US government would appoint someone in a similar role to Mr Hendry. There have been dramatic physical changes in Azerbaijan, and the country has now entered a new market economy era. In the US, we need a new strategic vision for Azerbaijan, and I am delighted that Azerspace-1 was manufactured by Orbital Technologies, a US company. 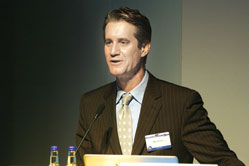 Al Cook, BP vice-president for the development of Shah Deniz, and Michael Hoffman, TAP’s external affairs director, anticipated the final investment decisions on TANAP, another significant milestone in the creation of the Southern Corridor.

Rufat Afandiyev, director of Azerbaijani state oil company SOCAR’s UK representative office, reported that new gas fields such as Absheron, Babek, Umid and Nakhchivan would be rapidly developed and feed into the Southern Gas Corridor. He also underlined the impact of shale gas extraction in Azerbaijan and elsewhere.

Mehmet Ogutcu, chairman of the Global Resources Corporation and a special envoy at the Energy Charter, called for Baku to adapt its governance structures and strategies to effectively respond to the changing dynamics in the new energy consumption map, away from the OECD world. Mr Ogutcu particularly focused on the growth of unconventional fuels, gas price differentials, declining levels of investment in certain regions, shifts in trade flows, geopolitical realignment and sustainability.

During his address, Fakhraddin Qurbanov, Azerbaijan’s ambassador to the UK, underlined the country’s economic achievements, commenting: Economic growth during the first nine months of the current year was 5.4 per cent. The non-oil sector grew by 10.4 per cent, which is remarkable. Other macroeconomic indicators were also very positive – inflation was only 2.3 per cent and unemployment was about 5 per cent.

One of the main objectives of the event was to highlight investment opportunities in the non-oil sector. Ambassador Qurbanov continued: The Azerbaijan 2020: A Look into the Future action plan, approved by presidential decree on 30 December 2012, is based on an export-oriented economic model. This states that Azerbaijan aims to double its per capita GDP by 2020, with an annual average growth rate of 7 per cent in the non-oil sector. 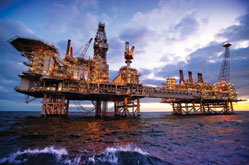 He went on to reveal that more than 400 UK companies are currently active in Azerbaijan, employing around 5,000 people.

Javanshir Fayziyev, a member of the Azerbaijani parliament’s Committee on Foreign and Inter-parliamentary Relations, outlined Azerbaijan’s expanding role as an international investment destination. He said: Business legislation in Azerbaijan is renowned for its simplicity, and there are many incentives for foreign investors. In 2008, the concept of a one-stop shop was introduced to make it easier to register a company. Last year, the ASAN initiative was launched, which makes it easy to obtain business permits. Azerbaijan has also signed more than 40 bilateral investment and double taxation treaties with other countries.

Rufat Mammadov, president of the Azerbaijan Export and Investment Promotion Foundation (AZPROMO), commented: Azerbaijan continues to rank amongst the fastest growing economies in the world, and is in 39th place in the Global Competitiveness Index, published by the World Economic Forum. It is focusing on agriculture, alternative energy, construction, tourism, the chemical industry, ICT and waste management. Currently, the non-oil sector accounts for 53 per cent of the economy, 85 per cent of which is in the private sector. Azerbaijan also accounts for around 80 per cent of GDP in the South Caucasus. To date, AZPROMO has invested $160bn (£134.3bn) in the non-oil sector, including such projects as the Sumqayit Chemical Industrial Park and the Balakhani Eco-Industrial Park, which are ideal for international investment.

Transport infrastructure is another sector that will benefit from investment, Orkhan Mammadov of the Ministry of Economy and Industry said: There are currently great opportunities for overseas investors in such projects as the East–West and North–South Transport Corridors, Baku–Tbilisi–Kars railway and the new Baku International Sea Port, development of the Heydar Aliyev International Airport in Baku and new airports in the regions. 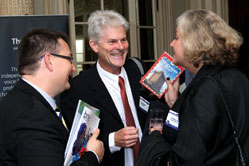 Ilham Aliyev, deputy executive director of the Azerbaijan Investment Company (AIC), reported progress on projects being undertaken via Public-Private Partnerships. He commented: Azerbaijan is not a new investment destination for the UK. AIC is a state-owned investment fund that solely focuses on opportunities beyond hydrocarbons. It is International Financial Reporting Standards (IFRS)-compliant, and currently partners with the European Bank for Reconstruction and Development (EBRD), International Development Bank (IDB) and International Finance Corporation (IFC), amongst others. One of the most recent projects has been the new Baku International Shipyard, which is capable of constructing four tankers per year and refitting 80–100 vessels. The project portfolio also includes cement works, dairy facilities and agribusiness.

Former US Ambassador Matthew Bryza again: The vision of the Azerbaijan Investment Company (AIC) has been to create a private equity fund for the non-oil sector. It is particularly necessary to develop the agricultural sector – this currently employs 60 per cent of the Azerbaijani workforce, yet only accounts for 6 per cent of GDP. Azerbaijan is a very stable place, and the government welcomes investors and entrepreneurs, particularly if they wish to establish small- and medium-sized enterprises (SMEs). It is undeniable that the non-oil sector is the new engine of growth.

Tale Heydarov, chairman and founder of TEAS, also highlighted opportunities in the non-energy sectors: Currently there is an emphasis on information and communications technologies (ICT), but there are also great opportunities in the agricultural sector, which is set to become a major source of income in the future. This is the Year of ICT in Azerbaijan, and the importance of ICT has been demonstrated by the launch of Azerspace-1 earlier this year. Tourism in Azerbaijan also has enormous potential, based on our stunning scenery and nine different climatic zones.

He called on potential investors in Azerbaijan to look beyond Baku, where there are immense opportunities, with high rates of return. 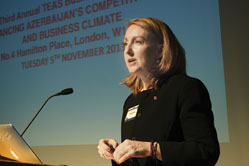 Shailaja Fennell, research director, Cambridge Central Asia Forum, spoke on agricultural innovation and rural diversification. She explained that in the agribusiness sector, there are two main opportunities – the exporting of high-value organic fruits and vegetables, and the generation of renewable energy.

Talking about investment opportunities in the agribusiness sector, Rufiz Chiragzade, senior operations officer at the World Bank, explained that such diversification is an economic necessity for several reasons, including food security.

Dmitriy Solovyov of Azersun, one of Azerbaijan’s major food producers, reported that a high level of technological innovation has resulted in more efficient and effective agricultural production. He commented: The level of growth outstrips that of oil and gas, and makes a major contribution to the local economy.

Farid Ismayilzade, founder and chief executive of GoldenPay, a successful IT start-up, announced that it would be the first company of its type to make an initial public offering (IPO) in Azerbaijan. Launched in 2007, GoldenPay was the first and remains the largest Internet payment and services company in the country. Its growth has been phenomenal over the past three years. GoldenPay’s client base now comprises 190 merchants, 20 of which are government institutions. 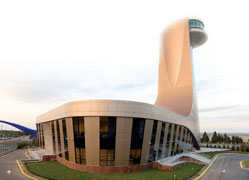 Gustaf Nobel, chairman of the Nobel Sustainability Trust, also announced the launch of the Nobel Sustainability Fund, worth $200m (£125.3m), which will promote the development and application of clean energy technology around the world. This is particularly relevant to Azerbaijan, which receives more hours of sunlight than Australia, and is also home to a great deal of other renewable energy from wind and wave power.

The day concluded with an afternoon of business-to-business (b2b) sessions, where potential investors could exchange views and gain information from executives and experts representing companies who are already active in the country.