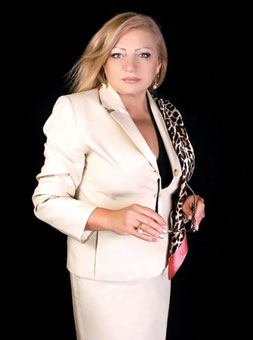 Armenia has been described from the rostrum of its own parliament as an aggressor against Azerbaijan, responsible for the mass violation of human rights. The remarks were made on 4 July by Moldovan Human Rights Commissioner Aurelia Grigoriu as part of her report on The Protection and Observance of Human Rights on the Territories of Frozen Conflicts. She was speaking to a pan-European conference in the Armenian parliament on European Legal Standards and the Scope of Discretion of Powers in the Member-States of the Council of Europe.

The advocate, or ombudswoman as she’s also known, gave detailed figures for the occupation of Azerbaijani land, the destruction of towns and villages and expulsion of Azerbaijanis. She described the killing of 613 civilians by Armenian troops in the Karabakh town of Khojaly in 1992 as “an act of genocide” and “one of the most terrible tragedies to befall the Azerbaijani people in the 20th century”. She told the conference: In this way, the rights of Azerbaijanis have been violated both in Armenia and in the occupied territories of Azerbaijan, for which Armenia bears international responsibility.

The Armenian side reacted, not by disputing the figures or the accuracy of the remarks, but by criticizing the ombudswoman. The Armenian National Assembly’s deputy speaker, Ermine Nagdalyan, accused Aurelia Grigoriu of being paid to make the speech, a charge that the ombudswoman dismissed as a “lie” and “cheap PR stunt”.

Temperatures were running high in Armenia. The ombudswoman reported that she was unable to travel to the airport with the rest of the Moldovan delegation and had to stay behind in her hotel, where she received threatening telephone calls. She eventually left for the airport accompanied by diplomats from the Georgian and Romanian embassies (she also holds Romanian citizenship). Aurelia Grigoriu faced trouble back home too, with Moldova’s Armenian diaspora calling for her to be sacked. The Moldovan parliament’s commission on human rights discussed the issue but decided against dismissing her. 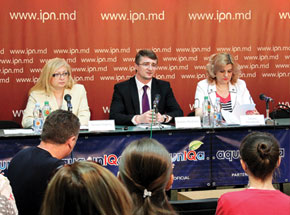 The reaction in Azerbaijan was the opposite, with officials welcoming her report. On 23 August the Turkic States Policy Support Foundation announced that it would present a Heydar Aliyev medal to Aurelia Grigoriu for her services to the promotion of human rights, to raising world awareness of the real situation in Azerbaijan and to the development of relations between Azerbaijan and the Turkic states. Previous recipients of the medal include Kyrgyz author Chingiz Aitmatov and Turkish Prime Minister Recep Tayyip Erdogan.

Not to get sidetracked by the fallout, Aurelia Grigoriu returned to the substance of her report in an interview with Visions magazine’s Anne Thompson.

You chose an almost forgotten subject for your speech at the conference in Yerevan – the observance or non-observance of human rights in the areas of frozen conflicts. What inspired you to tackle this topic?

I don’t agree with the term “forgotten subject”. Frozen conflicts are a convenient term with which the international community covers its lack of desire or helplessness to resolve territorial problems. This allows the aggressor country to strengthen its position in the occupied territory. The term “status quo” is beneficial only to the aggressor state and not to the countries that are victims of aggression. This in turn leads to mass violations of the rights of those who live or lived in these zones.

Because of my work, I visited Azerbaijan several times to attend international forums held by Ombudswoman Elmira Suleymanova. The national body for upholding human rights in Azerbaijan should be given its due, as they were the first to present information about mass violations of human rights in the Nagorno-Karabakh region and seven adjacent districts. Crimes against humanity, and genocide is one such, have no statute of limitations. I felt the pain of the people of Azerbaijan, which has not faded, and could not remain indifferent. 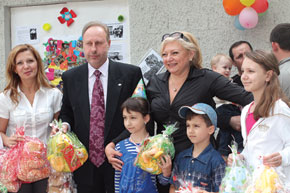 I am still amazed by the silence about this problem at the international level. What are international structures afraid of? “Upsetting” Armenia? International human rights standards are the same for everyone. Either a country observes them or it doesn’t. And if a country declares its commitment to these standards, then it should be so kind as to uphold them. I am absolutely convinced that the observance of human rights is not sufficiently applied or used in international law. Otherwise, how can you explain the fact that several countries that have joined the European Convention on Human Rights happily continue to violate these rights? I think it is unacceptable to keep silent about this.

In your speech you also addressed the situation in the frozen conflict zones in Georgia and Moldova, but focused on Azerbaijan. Why did you choose Azerbaijan in particular?

Before answering your question, I would like us to get to grips with the concept “frozen conflict”. The meaning of the term implies equal fault and, therefore, equal responsibility on all sides. But it’s not acceptable to take the same stance towards the aggressor and to the country and its citizens that suffer as a result.

As a human rights specialist, it is through this prism that I tried to look at the subject of frozen conflicts. I identified and named concrete violations of human rights, committed in frozen conflict zones. And since most of the violations of human rights were committed by Armenia – a country recognized in international documents as an aggressor – I focused in detail on this. And of course, not everyone likes being told the truth. But I am convinced that without the identification of violations, the development of democracy in the Caucasus is impossible.

By raising this subject in Yerevan, you can be said to have taken the first step. What do you think the next step should be? What should the Azerbaijani side do in order to ensure the protection of the human rights of its citizens from Nagorno-Karabakh and the other occupied territories? And what should the international community do? 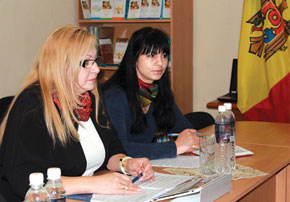 Aurelia Grigoriu at work as Moldova’s commissioner for human rights
International organizations have taken the first step. In passing four resolutions condemning Armenia’s aggression, the UN Security Council laid a good foundation for the restoration of justice and peace in the region.

Armenia’s reaction to these resolutions – ignoring them completely – is common knowledge. In so doing Armenia clearly shows its attitude towards international law, its disrespect for the international community and for human rights.

Subsequent world events show that where there is a will, these questions can be resolved. And there are many examples of this. That is, I want to say that the Security Council has economic or other ways to influence a country that is breaking international law. However, for some reason they are not used against Armenia. I cannot say what is the greater here – the lack of will to bring order or the influence of the Armenian diaspora. But I know for sure that the international community will have to restore justice. Otherwise, questions of the observance of human rights and the restoration of violated rights, that is the restoration of justice, will remain only theoretical and have nothing to do with real life.

Therefore, I think that the international community’s ostrich-like stance towards Armenia’s aggression has no future. First of all, Armenia should be compelled to rigorously implement the resolutions of the Security Council and UN General Assembly on Nagorno-Karabakh. Success in this issue will mean that the attitude of the international community towards the conflict is changing in favour of the real elimination of the violations of the rights of Azerbaijani citizens who are the victims of aggression.

215570
TravelSummer 2018
Zigh Salt Lake: The Eighth Wonder of the Absheron
by Tom Marsden