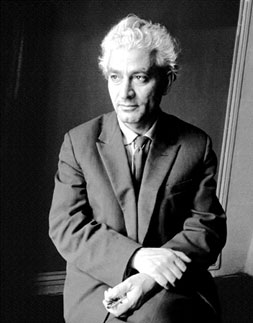 This year marks the centenary of the birth of Azerbaijani writer Anvar Mammadkhanli. The author was born in 1913 in the provincial town of Goychay into an Azerbaijan on the cusp of social upheaval. The country was then part of the decaying Russian Empire. Mammadkhanli was just five when the independent Azerbaijan Democratic Republic began its three years of existence and eight when the Bolsheviks finally took control of Azerbaijan. The idealism and energy of Soviet communism in the 1920s left their mark on his work.

Though he was to make his living for most of his life as a writer, Anvar Mammadkhanli studied at technical college in Baku. He worked as an electrician in a Baku engineering factory and at a research institute and at the same time completed two years of distance study at the prestigious Oil Institute. Despite his technical background, Mammadkhanli moved in the 1930s into translating and editorial work.

His first collection of short stories, Baku Nights, was published in 1935 and he went on to write a wealth of stories, plays, film scripts and novels.

Anvar Mammadkhanli was a special correspondent for Azerbaijani army newspaper Qizil Ordu during the Second World War, visiting Stalingrad and the North Caucasus front. His wartime experience provided a rich seam for Mammadkhanli’s work as did his posting to Tabriz, Iran in 1944-46 where he was a special correspondent for the army newspaper Vatan yolunda, published in Tabriz.

After demobilization, Mammadkhanli worked for 18 years as chief script editor at Azerbaijanfilm. He continued to translate literary classics into Azerbaijani and was a member of Soviet delegations that visited Cuba, Turkey and Spain. 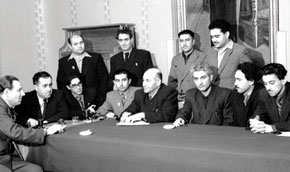 The Poet of Prose

Anvar Mammadkhanli was part of a generation of talented writers who burst onto the literary scene with their own distinctive styles. His first collection of stories, Baku Nights (1935), is the work of a writer who has already found his creative path.

The young writer presents Baku not only as the scene of the action, but as a living, changing city, full of contradictions. The combination of realism and romanticism found in the first of the stories in Baku Nights brings the city of Baku alive to the reader. The story conveys the energy of youth struggling in a whirlpool of events that they do not fully understand.

Mammadkhanli’s prose is especially lyrical. Writing in 1939, critic Mikayil Rzaguluzade described the young writer as the founder of lyrical, psychological and emotional prose in Azerbaijan. Forty-five years later, another critic, Professor Abbas Zamanov, dubbed him the ‘poet of prose’.

The work of Anvar Mammadkhanli looks simple at first sight, but is rich in multiple features, complicated life stories and artistic narration, with details carefully chosen to complete the whole.

Mammadkhanli is an author who loves his characters. They are modern thinkers for their time, sensitive, with a sense of responsibility and duty to society. Through his characters Mammadkhanli draws the reader into the struggle for justice, truth, fresh ways of thinking and high ideals against inertia, hostility, selfishness and outdated concepts. Even when some characters die in the struggle, the writer’s commitment to fighting social injustice does not waver.

Mammadkhanli does not present his characters directly and avoids pinning labels on them. He doesn’t use adjectives such as good, pleasant or honest, bad, ignoble, or cruel to describe his characters. They reveal their personalities through their responses to the labyrinth of events in which they lose themselves or through their actions, intentions, attitudes, feelings and inner world.

One of his best known characters is the mother in The Ice Statue who took off her clothes to wrap them round her newborn baby out in a field in the depths of a freezing night.

Baku Nights and the stories Sevinj and My Mother’s Death were part of school textbooks in Azerbaijan for more than 40 years.

The south, and the fate of the working classes in Iran in particular, was a favourite theme of Anvar Mammadkhanli after his time in Tabriz at the end of the Second World War. One of his best-known Tabriz works, The Golden Buds, tells the story of the beautiful orphan girl Surayya , who has to work in a damp cellar weaving carpets for an unscrupulous businessman.

Anvar Mammadkhanli is a master of descriptions of the natural world. His vivid depictions of forests, seas and storms can be in consonance or contradiction with the inner world of his characters. ‘Had morning come, or evening, was the sun rising or was the moon setting, were the rivers flowing into the sea or was the sea filling the rivers, was the land reflected in the sky or the sky reflected on the land? As if the whole of life, of time and of the endless universe had re-emerged and was calling out again, lighting her eyes with a charming coquetry.’ (Afag)

Director Mehdi Mammadov described Anvar Mammadkhanli’s work for the stage as ‘monumental dramas and dramatic pictures with a large frame that keep alive the traditions of realism in our national play-writing, and are in accord with the important and complicated problems of contemporary life and the arts’.

The play In the Fire recounts the tragic events that followed the suppression of the uprising against the shah in Iran in 1945. At the same time the play carries the message that determination in the struggle against injustice and oppression is unbreakable. The play’s dramatic conflict, lively characters and natural dialogue alongside the urgency of the issues it raises make it an important play for Azerbaijani theatre today.

Anar Mammadkhanli also had a fine comic touch, seen in his play The Beauty of Shirvan.

Mammadkhanli worked on the scripts for some of the best-known films of the post-war period in Azerbaijan. Two of his best film scripts are for the 1961 version of the classic love story Leyli and Majnun and the 1979 historical film Babak. Both films are mature works by the writer, based on historical and folk sources of Azerbaijan.

About the author: Academician Bakir Nabiyev (1930-2012) was a respected professor and literary critic, who received the Order of Glory and the title Honoured Academic Worker. He was director of the Azerbaijan National Academy of Sciences’ Nizami Literature Institute.