A MAN WHO WAS NOT AFRAID 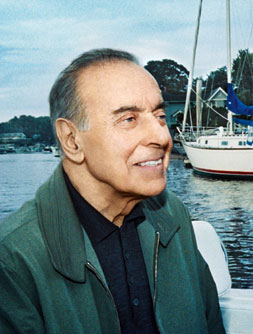 I am writing this from hospital. I mention this not only to apologize to the editors for any delay, but also to emphasize from the outset that my feelings are heightened, more clearly defined – a natural consequence of just getting out of intensive care. >

They say that a crisis occurs in every man's life after the age of 40. It is either hormonal changes, or the end of the inertia that originates in childhood, or something else. However, it’s always a time for reassessment: of how you lived, how you are going to continue your life…

In March, I ended up in intensive care for a week, for reasons that I initially thought were trivial. I didn’t appreciate how things really were, but the doctors explained that it was ‘a life-threatening situation’. And when I was discharged to an ordinary hospital ward, I was overwhelmed by the realization that I had actually been standing on the brink, but had been pulled back. I can’t say that it’s the most pleasant feeling. And what’s important is that you understand that you are no different from anyone else.

Banally, I began to review what had happened in the first half of my life, what was really valuable, great? What meetings, emotions and activities really had purpose? What should be taken further and saved to the end?

What I am about to say, I am not saying because I am writing for a special anniversary issue, but because it’s what I feel. Heydar Aliyevich Aliyev was a giant in my life, the whole of my life.

We did not meet all that often. But unexpectedly, taken altogether these meetings gave the image of an incredible person who was head and shoulders above the rest.

I was 25 when I arrived from the Moscow hurly-burly to interview him for the first time. I wore jeans and a T-shirt and my hair was sticking up. I didn’t even have chance to sleek it down, because I was immediately taken to Heydar Aliyevich. He was about to make a speech at some event and came over to me for a minute. He was probably expecting to see a journalist more in the mould of Yuriy Zhukov or Alexander Bovin and there was a clueless greenhorn standing in front of him. Aliyev did not show any astonishment, however. He calmly greeted me and promised to give an interview – and gave one, knowing exactly how much he should reveal.

He had an absolute genius for the moment. He didn’t allow himself to show any disappointment, if indeed he felt any, because the journalist wasn’t senior enough; he immediately realized what the outcome could be and what he needed to say. In fact, he gave the interview independently. However, what was amazing – when he was talking about the past, the present and the future, Aliyev never seemed blinkered, dogmatic or narrow-minded. He had an immense stature, far larger than that of most leaders of major countries. Of course, at that moment, I was not able to appreciate his stature. But the gratitude that he gave me the chance to feel something immense stayed with me for many years.

Later, there were other interviews, several joint trips and off-the-record conversations. There was his great answer to the question of why he can achieve many things that others cannot: ‘Experience’. And all this time my admiration grew, because I always saw something unique. It is difficult to speak without hyperbole, something that is out of place when talking about Aliyev. When thinking about him, it is easiest to admire his political and organizational abilities, his fantastic memory or the experience that would not fit into all the CIA’s super computers. 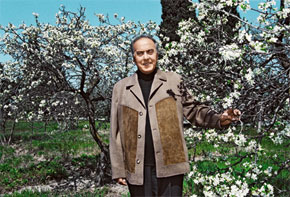 But this isn’t the main issue. We are talking about someone who always measured events against what was going on in the world, someone who was as tall as this world but never fell prey to his own illusions. He saw this world in a rich variety of ways, felt it in a remarkable way, did not make primitive judgments of what was good or bad. He always knew where he was headed and what his country might gain from one development or another, the direction it was necessary to move in and the place where Azerbaijan was destined to be.

He was not a young man at all, and many times reached great heights. Though right until the end, he did not allow his own giant experience to bury him. He always saw when the world was changing and was always ready to change with it. There was no dogma that he was afraid to reconsider from the standpoint of the modern day or the future. In this he was stronger than all the politicians I have seen. He knew what he had to leave behind, so was not at all afraid of change.

He was betrayed, he was misunderstood, obstacles were put in his way, but he was so great that it scarcely mattered. In some respects he was even bigger than his country which he loved with all his heart and to which he practically gave statehood and a future.

And now, as I sit on a hospital chair and think about Heydar Aliyevich, I know that I will never leave my memories of him behind. He is a giant who did not get bogged down in his job, but could easily move forward any business, someone who constantly felt responsibility not only for what he was doing at the present time, but also for what would have to be done after him, someone who saw matters so far ahead that they seemed of scant importance to others, but when time, sometimes a long time, passed, it became clear that what he had seen, what he had moved towards, was decisive.

In short, this is what I want to say – it may seem excessive, but it is sincere and without exaggeration: I saw a miracle beyond compare. We can see only a few dozen such people throughout the history of humanity. My only regret is that I saw so little of this miracle, but at least I saw him – this means that something very important has happened in my life. And now it gives me physical strength.

Thank you, Heydar Aliyevich, for this as well.

This is a translation of an article that first appeared in the May-June 2013 issue of Baku magazine. It is published here with the kind permission of the magazine.