Sport
by Jeyran Bayramova
16470
From 26-28 October the Baku City Challenge provided three days of amazing racing, featuring not only the world’s fastest cars, but also the most skilful driving. Although the capital’s main streets were blocked for three days and its residents had to reshuffle, the show was well worth the effort. 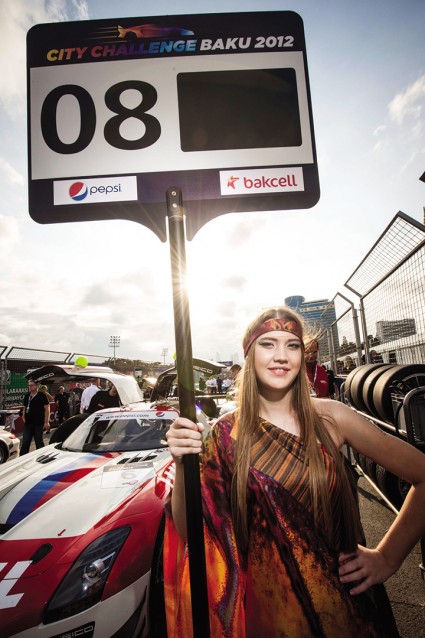 From the outset the organizers viewed the very heart of Baku as the most appropriate place for racing. This meant Neftchiler, the main avenue parallel to the seaside Boulevard. As they said, they had been looking above all for beautiful cities and after a brief search had decided on Baku. At a brief press conference Hartmut Beyer, executive director of the German City Challenge Company, said that the sports cars’ appearance in attractive cities was the philosophy of City Challenge racing; therefore a City Challenge race on the streets of the beautiful city of Baku was
…logical and natural. We are always looking for good locations and special venues. I was invited here by friends and we immediately decided that this was a place to do it. Beautiful city, beautiful people…
Before Baku the City Challenge had been laid down in Hungary and Romania and nobody had imagined that it would come to Azerbaijan’s capital. Even when preparations started with special fencing being installed along the roads in the city centre and stands erected for spectators, people still had their doubts. And then it was true… With a track of 2.1 km and 4 special stands the venue was ready to welcome some world-famous drivers. 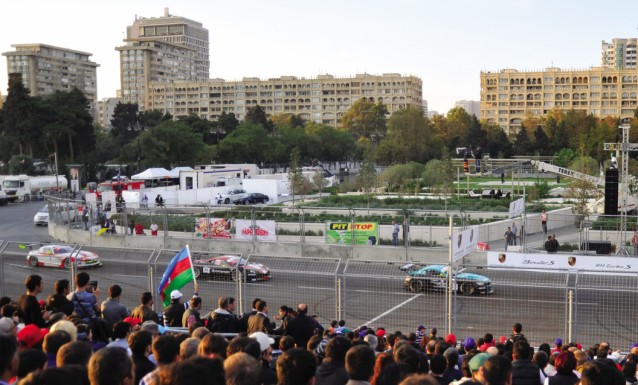 Officially, the show began on 26 October, but it actually opened the day before. This was when Baku’s residents got their first glimpse of racing cars on the streets of their native city. A parade of bright, colourful vehicles glowing in the sunset created a truly festive atmosphere and people finally believed that they could expect a brilliant show.
It all began with classic Formula 1 and GT3 cars making their way from the Boulevard up to the Kempinski Hotel at Badamdar, which was one of the event’s sponsors. No doubt, the competitors felt like mega stars; they were in big demand for autographs and photographs. They included champion drivers Jacques Villeneuve and Jos Verstappen, who posed against a range of cars: Mercedes-Benz, Porsche, Lamborghini, McLaren…
One of them, 1997 Formula 1 world champion Jacques Villeneuve was invited to Baku City Challenge to race in a Porsche 911 GT3-R. Talking with journalists Jacques, who took 7th place in the Baku challenge, said:
I had never been to Baku or Azerbaijan and I’m always interested in learning something new. There has been no serious racing tradition here, so a race on the streets will be a new experience for local people. I know Jos, we were together in Formula 1. He hasn’t raced in recent years, but I´m sure that he will be as charged up for success, as I am. We even have the same initials, and that´s a good sign.

The event had extensive coverage, across 120 countries, with a total audience of 300 million viewers. Thus it was another chance to show Azerbaijan and Baku to the world. Dozens of journalists from around the world scampered from one stand to another looking for the best angle to take a successful picture – quite tricky through the strong safety fence. A lucky few accredited journalists were allowed to film from corners otherwise closed off. 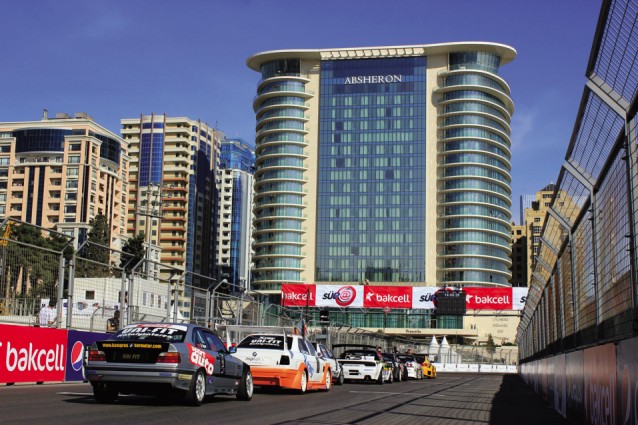 Viewers across the world tuning in to watch the racing also learned something of the culture of the host country, its people and traditions, especially Baku’s blend of Eastern tradition and contemporary global trends. And here was the latest - Motorsport! A fantastic performance by CoGo The Urban Artistic Show, organized in support of the City Challenge, produced a real party. Artists from Germany presented an amazing spectacle of drummers, acrobats, circus performers, actors, break dancers, a voice simulator, Stunt Man, gymnasts and other attractions. Azerbaijani singers and drummers were also in on the act to create a terrific festive atmosphere – and all for free!

As the show organizers admitted, this event was quite different from previous ones. What made it special was the coincidence of beautiful city with huge interest from children. That was true! The organisers were struck by the fact that there were so many children eager to watch; they were fascinated by the racing, empathising with the competitors and enjoying their triumphs.


Speed is good but style is everything 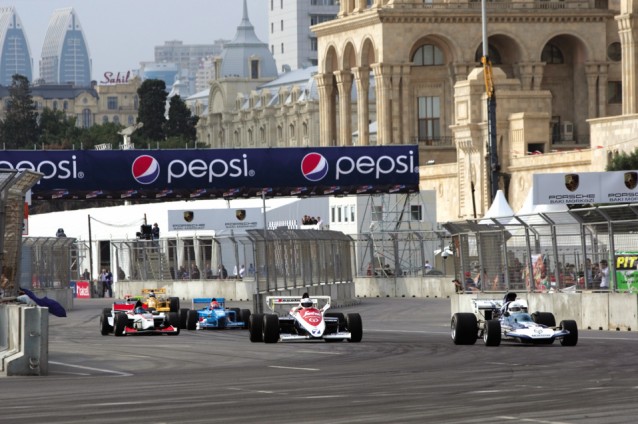 Even an accident failed to dampen spirits. One driver lost control of his car during a race and crashed at a turn. The car caught fire and the race had to be stopped. Fortunately the driver wasn’t seriously injured; another race was underway after a couple of hours and the thrills and emotions of racing took over. Rene de Boer, a City Challenge representative, explained that there is no perfect competition with everything going exactly to plan. Sometimes accidents do happen.
You know, these races are always difficult and anything can happen. But that is the challenge for the drivers. 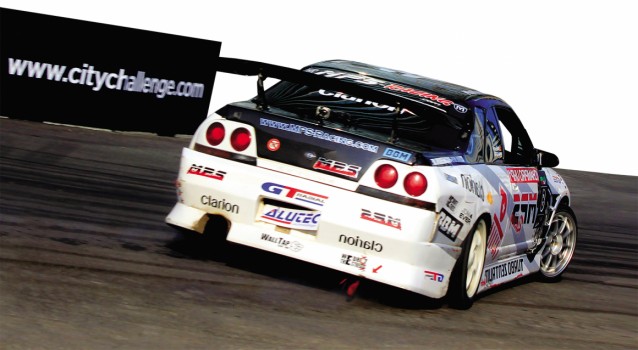 The final day was a grand show. There were 24 drivers displaying their professional skills and pumping adrenaline into the watching crowds, the loud noise of the engines only fuelling the excitement. Who will win? I want that yellow car…but I want the red one, you see it just sped past us. Shouted exchanges like this were heard constantly at trackside. And they continued until the moment when the winners, fortunate or unfortunate according to the fans’ preferences, were announced. McLaren finally came out on top. Frederick Makovieski and Steph Düsseldorf, driving a McLaren MP4 GT3, won the GT3 City Challenge in Baku.


We are delighted with the racing 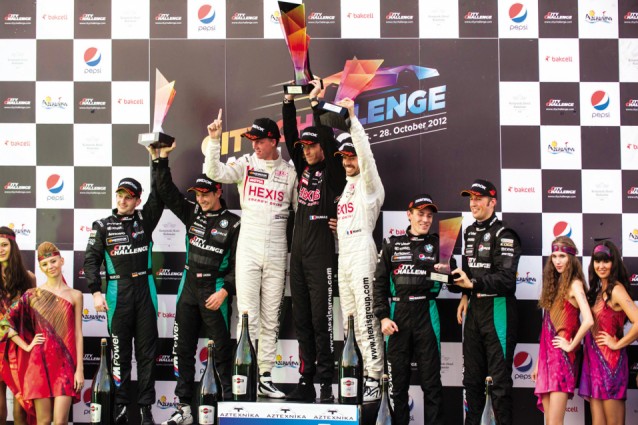 We are delighted with the racing. I was here three weeks ago and was already impressed with the city. It’s beautiful.
Those were Rene de Boer’s words, summing up the competition once the show was over. He thanked the local companies that supported the show in various ways. They assisted in building the track. Drivers, mechanics, team members, journalists, guests, sponsors - everyone was impressed.
I have to say the reception was impressive, people were so kind. It’s amazing!
I think it was a fun experience for all involved. And the weather was very good. I was certainly not disappointed. In Germany, for example, it´s snowing now. You know, the organisation of this kind of racing is always accompanied by difficulties, because it is necessary to do everything. In some cases, everything is ready and you do not have to arrange a lot. In Baku, we did it ourselves. It is always difficult, but we did it thanks to the supporters who made it easier. Everyone who came was satisfied. This is the best place for racing. And I would like to organize more racing in Baku in the future.