Art
18350
On a rainy October night, global star Shakira performed at Baku’s Crystal Hall completing a series of concerts by singers from the Americas, including Jennifer Lopez and Rihanna. The Baku audience can now catch its breath - it saw them live, sang along with them and thanked them with loud applause. The stars seemed pleased as well with their stay in Azerbaijan’s capital. So this autumn, Baku hosted three of the world’s most expensive pop singers. 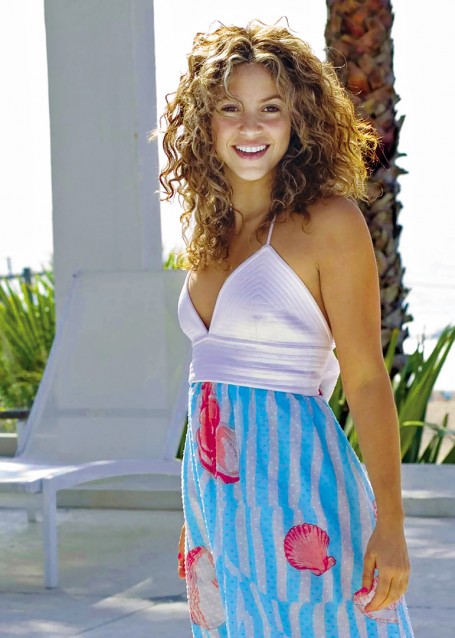 Good evening Baku! The Crystal Hall met mega-star Shakira’s greeting with a standing ovation, chanting Sha-ki-ra!Sha-ki-ra! following her well-loved Whenever, wherever. Everyone was on their feet waving to their favourite singer. And everyone was waiting for a miracle that evening. The miracle happened – the tens of thousands who gathered on 14 October at the fabulous Crystal Hall for Shakira’s show left the concert venue with the most positive of emotions and fine impressions. They will never forget the stirring songs and bewitching dancing of the Colombian star. 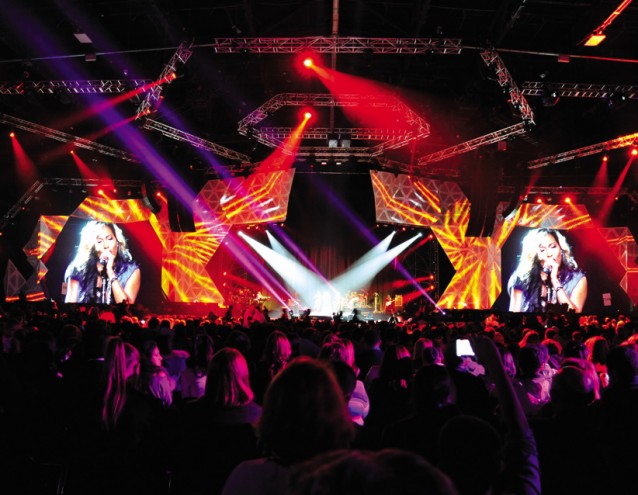 It was a special day for Shakira as well. She went on with the show in spite of her pregnancy. Her rounded figure did not spoil the atmosphere of fun at all. Just the opposite, it brought on a special mood. Indeed, Shakira gave her exclusive concert in Azerbaijan despite her ‘interesting condition’ while cancelling other concerts during this period. As she said, she couldn’t upset the Azerbaijani people hosting the 2012 FIFA U-17 Women’s World Cup for which she, J-Lo and Rihanna were performing. All three concerts at the Crystal Hall were organized by the OMNIKOMO music group, SOCAR and the UNIVERSAL music group.


Fiona’s gift to the audience 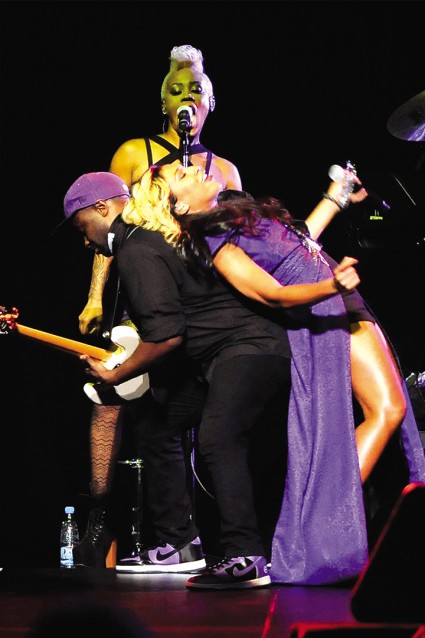 The warm-up programme got underway with Canadian R & B singer, Melanie Fiona. To be honest, she was not known to many of those present and question marks were clear on faces in the audience. But she has two Grammy awards to her name. So it was not just a warm-up; it was a whole concert lasting an hour. The costumes, the dances – the whole performance - were brilliant. Fiona’s songs, reggae and R & B, were positively inspiring; and the audience was happy to sing along with her. Actually, some of her tracks are known in Azerbaijan and the singer was pleased to hear singing coming from the audience. She ended her performance with – I don’t know the Azerbaijani language, but I know how to say good bye – Sag olun. The audience was moved by this considerate gift and responded with huge applause. Now meet Shakira! And she left the stage…

What happened then! Shouts, applause... Shakira appeared in a shining circle installed on the stage with her Whenever, wherever.
I’m not alone this time. I’m with my baby. Smiling she pointed to a rounded belly.
After songs which were already hits in Azerbaijan she took a guitar and introduced the next one – Inevitable – with the words: This is a song I composed when I was leaving my homeland, Colombia. It was then that the first series of fan zones applauded, and Shakira bowed to Colombian fans who had flown in specially from overseas with their flags to watch and support their favourite compatriot. One of the flags even referred to her, and she took it with tears in her eyes. She not only played the guitar, but also the harmonica, and very skilfully too. The song was a little sad, so the whole concert hall became sad with her at that moment. But that was not to last very long.
Her rousing Loca, Hips Don’t Lie and Waka Waka roused the emotions.
This is our first joint concert with the baby. I´ll dance. My baby knows that I can’t stay without moving, she shouted across the hall. But I should be careful, she added with smile.
Shakira said it very sincerely. It was plain to see – it was hard for her to control herself and not to dance. When the most popular song La Tortura rang out, no one could just sit and watch the show; all have already stood and danced to the Shakira’s song. 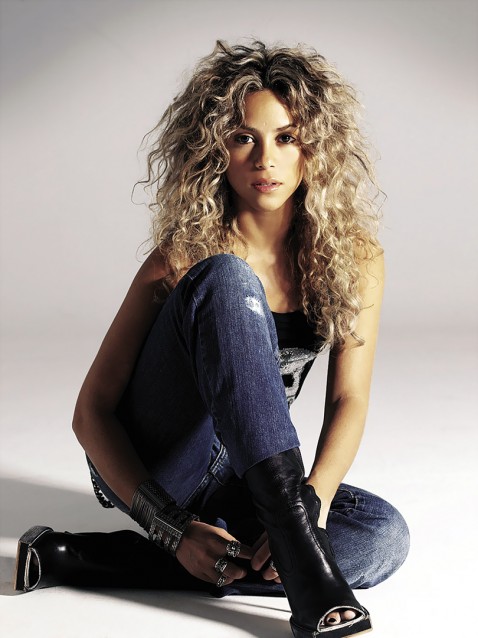 The concert ended all too soon - the only thing disappointment for the audience. They wanted more of Shakira on stage. On the other hand they understood she had given her all in the circumstances. Everyone was with her and were even a little nervous sometimes for the baby with all that dancing. However, she joked a lot, and was so happy and natural with little makeup and in the casual dress she wore throughout the concert. And it seems that her simplicity touched the audience most. No pathos or affectedness, it was all very real and natural. Everyone felt it and loved it even more. So she left to shouts of - Come visit us again, Shakira!


Rihanna, the Queen of R&B 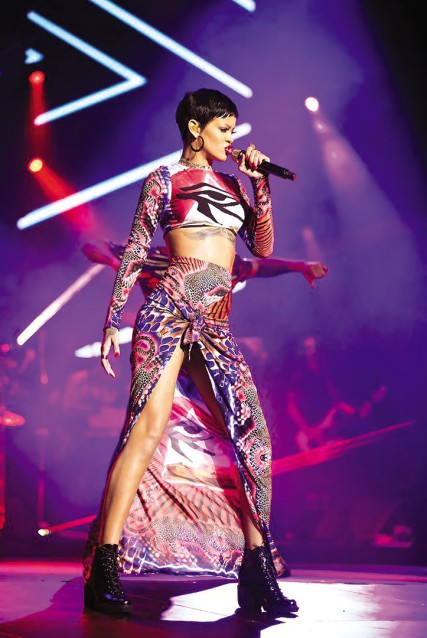 Rihanna´s concert was no less emotional; known as a Queen of R&B, she also holds dozens of international awards, including two Grammys. She was at the Crystal Hall the week before Shakira. Opening her show was Natig Shirinov and his rhythm group of percussionists. Rihanna entered the stage to the beat of drums. I love you, Baku! She called several times. The audience was immediately in action, singing along with her. People danced, even security were unable to resist the power pulsing from the singer and her dance group.
For an hour, accompanied by computer graphics and an extraordinary laser show, Rihanna rocked the audience with her well-known hits: Where have you been? Te Amo, Unfaithful and others. Finally she announced - I fell in love with super Baku! That bright festive evening will surely remain long in the memory of Baku and its guests. 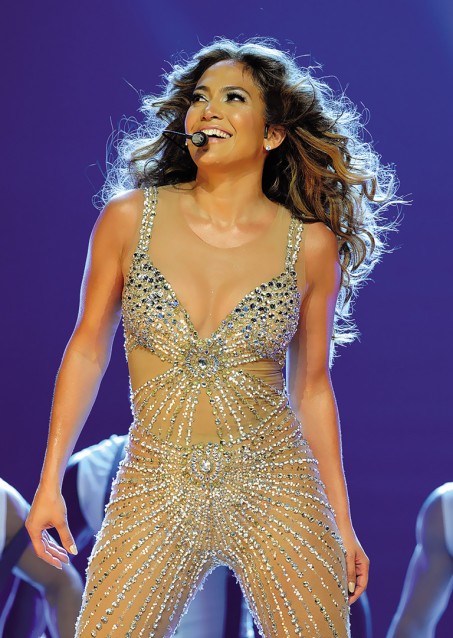 Perhaps the most striking and rousing of the concerts was given by another well-known American singer, Jennifer Lopez. As the mega star she is, she opened the concert programme at the Crystal Hall on 23 September. Her performance in the concert hall was to a full house. Baku, many thanks for an incredible night! Thank you EMIN, for your part in the concert. Thus she wrote on her Facebook page once it was over. EMIN, who had already performed once at the Crystal Hall, during Eurovision 2012, this time shared the stage with Jennifer Lopez. Indeed, it was an incredible show which was reflected on people’ faces. She brought her own team of 60 who supported her in creating an unforgettable show. Opening with her striking hit Get Right, Jennifer continued with Love Don´t Cost a Thing, I Am into You, Waiting for Tonight... It was simply fantastic – the stage, costumes, performances. An impromptu onstage boxing match was one of the surprises for the audience. Dance with me! She summoned and got the response she wanted to her impetuous dance.
An unusual event during the performance made everyone fall in love with Jennifer. Reaching out her hand to someone near the stage, a security man suddenly intervened to stop him getting too close to her. She seemed to object to such behaviour and we all witnessed a brief but emotional lecture from the singer. If someone wants to get up, let him get up, if people want to dance, let them dance, because I came here for this. Her words were a bombshell. The audience jumped to their feet and danced enthusiastically to the end of the concert. Thank you Jennifer, for an incredible show!