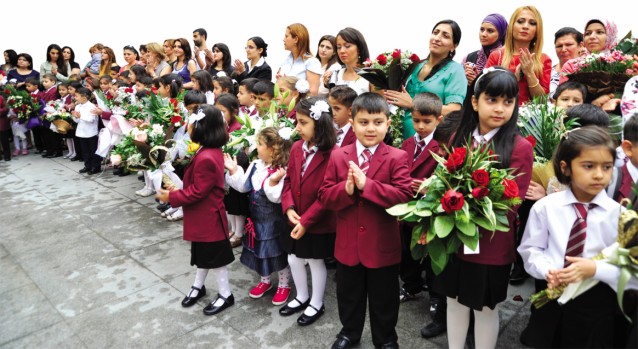 After the national anthem, Director Amalia Shirinova delivered an opening speech, congratulating pupils and participants on Knowledge Day and the school’s official opening and wishing them success and good fortune in their studies. Mrs. Shirinova pointed out that the European Azerbaijan School conformed fully to European standards and that there was every facility for students to receive a high-level education. The school has 40 classrooms, a gymnasium, swimming pool and a cafeteria to accommodate 220 people. 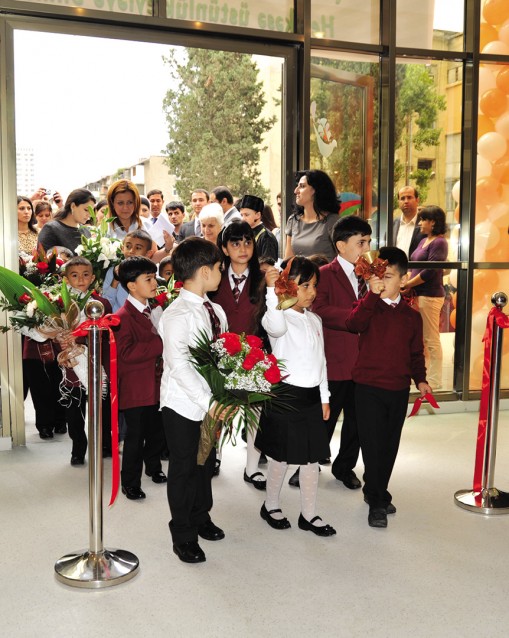 Minister of Emergency Situations Kamaladdin Heydarov attended the event as an official guest. He congratulated the teachers, pupils and the parents on their day and spoke of the government’s attention to education and the excellent conditions created in the country for its children and youth to receive an outstanding education. He recalled that national leader Heydar Aliyev had always attached great importance to the education and upbringing of new generations. He added that the constant attention and care of President Ilham Aliyev in successfully continuing the national leader’s policy had led to great achievements in this sector, as in many others:
As you know, new educational institutions are being built in every corner  of the country upon the initiative of the Heydar Aliyev Foundation. The goal is to raise an educated and skilful new generation, which represents our future. This is all the result of the attention and care devoted by the Azerbaijani government. 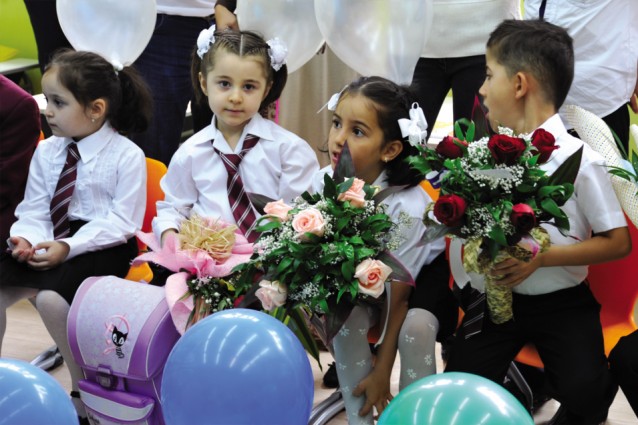 Member of Parliament Ulvi Guliyev, First Deputy Head of Baku City Yasamal Region Executive Samad Islamov and parents also spoke of the government’s attention to the development of education and science and its extensive programmes to strengthen the physical infrastructure; they congratulated teachers and pupils, wishing them luck and success.
After the cutting of a symbolic ribbon, guests were invited into the school to view for themselves the conditions created. 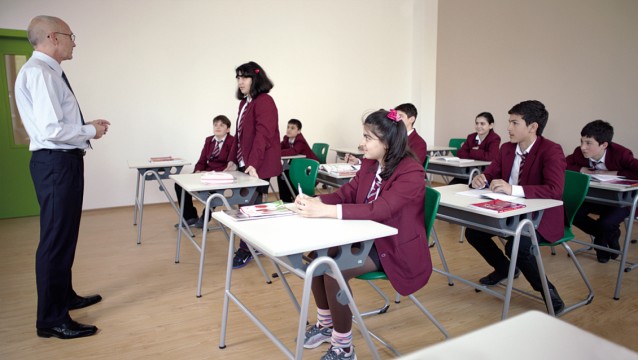 The European Azerbaijan School is a fee-paying school, with fees regulated to suit all sections of the population. Its pupils are educated to modern educational standards. They are given two hot meals a day and provided with uniforms. Regular excursions and summer schools will be organized in different parts of the country and trips will be arranged on easy terms to foreign countries during holiday periods.