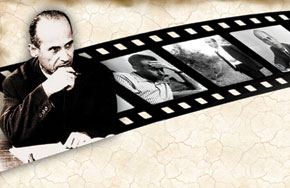 Environmental sciences have been subject to increased popular focus in recent years but they are not, of course, a recent development, nor are they an exclusively western concern.

The publication in English of six books devoted to soil science by an eminent Azerbaijani scientist who lived and worked under the Soviet regime is a timely reminder that much valuable work has been done in other times and other places.

Soil scientist Professor Mukhtar Abduyev (1926-79) was a very practical man, always with an eye on how science could be put to humanitarian use; there are few issues more fundamental to human need than the delivery of supplies of food and water.

His native land is small but rich in variety; almost all the world’s climate zones are to be found there. Of course Azerbaijan is best known nowadays for its wealth of oil and gas, but it also has an important agricultural industry: fruit and grain crops, as well as livestock. 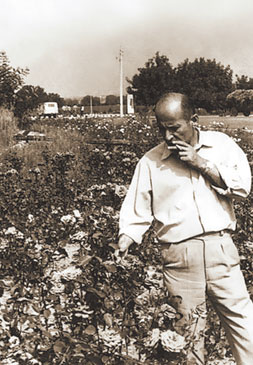 A fruitful country indeed but, like all lands, not without its environmental challenges, and the one that Professor Abduyev confronted head on was the problem of salinized soils; especially those in the central Mil Plains of his country. He literally left no stone unturned in his studies, field work and laboratory experimentation in the country’s efforts to reclaim huge areas of land for productive agricultural use.

Not content to solve a particular problem and move on, he was also determined to disseminate his experience and knowledge and ensure that later generations benefitted from them.

Professor Abduyev’s family was from Azerbaijan’s Qabala region and in June the Azerbaijan National Academy of Science’s Department of Agrarian Science, together with the country’s Society of Soil Scientists, organized a conference there; The Soils of Azerbaijan: Genesis, Geography, Melioration, Rational Use and Ecology was dedicated to his memory and work. Six of his books, prepared, translated and published in both English and Russian editions, were also launched at the conference. The English editions, published by Ithaca Press, http://www.ithacapress.co.uk/ are: -

Papers were delivered on a variety of soil-based issues by conference participants from many different countries. Students who had been inspired and taught by Professor Abduyev at the Azerbaijan State University and other institutions, and who now carry the flame, paid tribute to the thorough way he went about his work, his keenness to apply his knowledge to human benefit and his love for and fostering of those who were to continue after him. 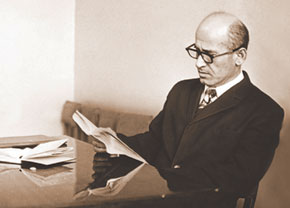 The collapse of the Soviet Union brought an end to the Soviet School of Science and interrupted cooperation between the fifteen constituent republics. Those republics, including Azerbaijan, had to overcome their former isolation from Western science. The initiative to publish Azerbaijani scientific books in English is a milestone in the country’s independent development; They are the first to be translated and issued by a reputable western publisher. They are available from the publishers and from web companies including Amazon and will help the West to overcome its isolation from the work of people like Professor Mukhtar Abduyev. Finally, as University of Bari Professor Nicola Senesi remarked about the June conference, perhaps it will also aid the wider world to learn from Azerbaijan in honouring scientists’ contributions to the advancement of the human condition.