EUROPEAN PARLIAMENT CALLS FOR URGENT SETTLEMENT OF THE NAGORNO-KARABAKH CONFLICT 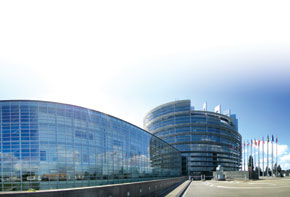 The European Parliament is the main political body in the European Union. It assembles more than 700 democratically elected members from different political backgrounds. This European institution was recently the stage for a clear political debate on one of the most imminent frozen conflicts: Nagorno-Karabakh.

Since being established in 1999, the Common Security and Defence Policy (CSDP) of the European Parliament has given legitimacy to the European Union’s position on the global geopolitical scene. Twenty civilian and military missions have dealt with security issues in various strategic regions: in the Balkans, South Caucasus, the Middle East and Asia.

MEP and Chairman of the Subcommittee on Security and Defence Arnaud Danjean (EPP, France) said that the role of the subcommittee was:
precisely to examine developments in the CSDP in terms of institutions, capabilities and operations and to ensure that security and defence issues do not remain the exclusive preserve of experts, but also respond to the concerns expressed by the citizens of Europe and far beyond.

The European Azerbaijan Society in Belgium reports that during its latest session on 20 June 2012, the Security and Defence Subcommittee focused on the Nagorno-Karabakh conflict as one of the most present dangers for the South Caucasus regions, remaining a real threat to political and socio-economic stability in perhaps the most strategic region in the EU’s backyard.

Philippe Cuylaerts, Public Affairs Officer, TEAS Belgium testifies that:
at this session several MEPs from across Europe and the political spectrum called for EU action to challenge the status quo in Nagorno-Karabakh by demanding Armenian withdrawal from the occupied territories.

Speaking at the 20 June meeting, a group of MEPs commented that, without action, the stability of the entire South Caucasus could be threatened. They also called on the EU to express clear support for the withdrawal of Armenia’s armed forces to help achieve a peaceful settlement. 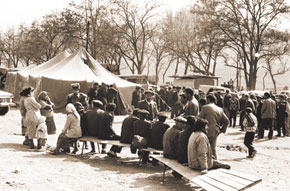 Pictured on 12 April 1993 These refugees still hope to return

Ivo Vajgl (Alliance of Liberals and Democrats for Europe) said the EU should make it clear to Armenia that it does not accept the status quo, nor legitimise the occupation. It should emphasise that Azerbaijani territories remained occupied and that international conventions were being flouted.

Vytautas Landsbergis (European People’s Party, Lithuania) said:
We need to clean our vocabulary. These are not disputed, but occupied territories.

He supported the European Parliament’s April 2012 resolution demanding:
withdrawal from the occupied territories of Azerbaijan

He noted that Armenia was effectively a Russian protectorate and that the Azerbaijani military budget was dwarfed by Russia.

His party colleague, Anna Ibrisagic (Sweden) said:
There is an occupation of Azerbaijan’s territories and we need the courage to tell the other side: ‘This is wrong.’

She said it was necessary to end the occupation, let the internally displaced persons (IDPs) return to their homes and then work on a settlement. She also urged the EU to react to the military parade that took place in Nagorno-Karabakh in May before Armenian President Sargsyan.

Maria Elena Koppi (Alliance of Socialists and Democrats, Greece) said it was important to acknowledge that Armenia had no intention of returning the occupied territories.

The Parliamentary committee heard from a number of experts. Philippe Lefort, EU Special Representative for the South Caucasus and crisis in Georgia, stressed that it is important to:
respect the principles of the UN Charter and the Helsinki Final Act,
and that the
status quo is unacceptable for the EU.

He underlined the importance of the recent EP Resolution (18 April 2012), which is now a cornerstone of EU policy on the Nagorno-Karabakh conflict. Mr Lefort also commented on the Madrid Principles, drafted by the OSCE Minsk Group Co-Chairs, which provide a foundation for peaceful resolution. He explained that these do not mention the right of self-determination or necessity for a referendum in Nagorno-Karabakh. 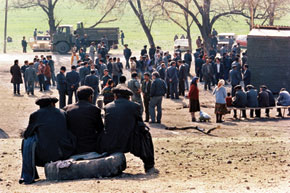 While politicians debate, the people wait

Important elements were emphasised during the presentations by various experts. Tracey German, Senior Lecturer, Defence Studies Department, King’s College London, explained that the conflict between Armenia and Azerbaijan is not frozen and fundamental issues remain unresolved (i.e. the occupation of territories). She informed those present that the Armenian Parliament had recently voted to increase the military budget by 6 per cent, directly contradicting the economic situation in Armenia (a Gallup poll of 2010 indicated that 40 per cent of the Armenian population would like to leave the country, due to the harsh living conditions). Armenia benefits from Russian political and military support, particularly the 102nd Russian military base located in Gyumri, Armenia. In his presentation, Adam Eberhardt, Deputy Director, Centre for Eastern Studies, Poland, explained that Nagorno-Karabakh is an historical part of Azerbaijan with great cultural significance. He said that Armenia has no intention of seeking a compromise with Azerbaijan to achieve conflict resolution, and stated that the Armenian diaspora in the US had pushed the US Congress to impose sanctions on arms sales to Azerbaijan. Armenia is supporting the regime in Nagorno-Karabakh politically, economically and militarily, whilst the ruling elite of Armenia comes from Nagorno-Karabakh. Mr Eberhardt also mentioned the provocative military parade held in Nagorno-Karabakh.

The parliamentarians’ calls were welcomed by The European Azerbaijan Society (TEAS) in Brussels. Roman Huna, Head of TEAS Belgium, said:
We hope that the EU will heed these calls and take prompt action. It is unacceptable that this conflict on Europe’s borders remains unresolved due to Armenian disregard for international standards and the rule of law. We believe that the EU and the international community should be very clear in stressing the necessity for Armenian withdrawal from Azerbaijani territory.