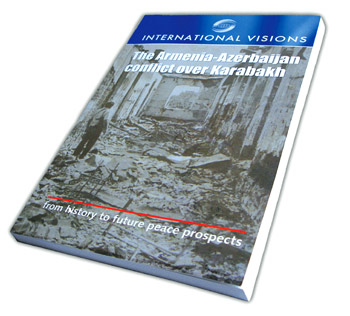 A new publication has been launched on the Karabakh war. International Visions. The Armenia-Azerbaijan conflict over Karabakh: from history to future peace prospects was presented and discussed on 22 March at London´s Royal Institute of International Affairs.
The book has been compiled at the initiative of the London Azerbaijan Society and published as a special issue of Visions of Azerbaijan magazine to mark 31 March - Azerbaijani Genocide Day. The book consists of academic analysis of various aspects of the Armenia-Azerbaijan conflict over Mountainous Karabakh. Its contributors are foreign researchers Thomas Goltz, Svante Cornell, Brenda Schaffer, Patricia Carley, Yoko Hirose, Wilfried Fuhrmann, Tamara Dragadze, and Erich Feigl.
In his opening speech at the presentation ceremony the chairman of the London Azerbaijan Society, Tale Heydarov, spoke about the lack of objective information about the Karabakh conflict. He said that Armenia´s campaign of fictional propaganda increases the need for 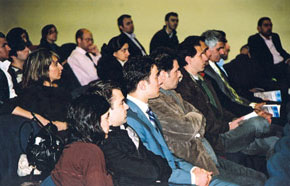 informative publications based on independent resources in the international community. Tale Heydarov said that the book aims to provide logical information and to help readers form an objective opinion on the Mountainous Karabakh conflict. He thanked the foreign researchers for their support for the project and gave the floor to the Azerbaijani ambassador to Great Britain, Rafael Ibrahimov.
Mr Ibrahimov stressed the special importance of such actions in Britain and described International Visions. The Armenia-Azerbaijan conflict over Karabakh: from history to future peace prospects as a contribution to plugging the information gap. He thanked all the researchers for their objective position.
The lecturer Thomas Goltz spoke about the causes and results of the conflict over Mountainous Karabakh, backing up his views with articles in the book. He emphasized clearly that Azerbaijan is the party subjected to aggression in the conflict. He said that objective information is very important for resolution 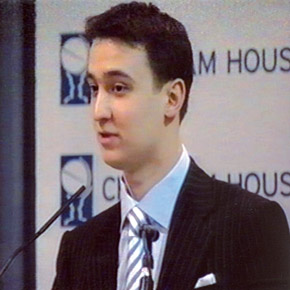 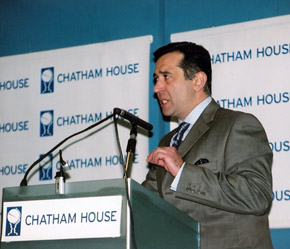 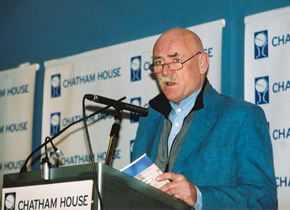 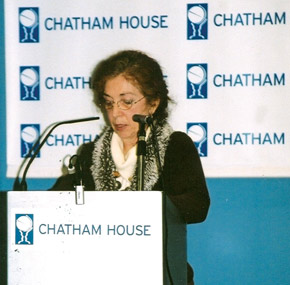 Tamara Dragadze
of the conflict.
British researcher Tamara Dragadze gave a talk on the historical aspects of the conflict. She noted especially that Karabakh was Azerbaijani territory historically. She said that the Christian churches in the territory are not related to Armenians in any way but are Albanian churches. She said in conclusion that, unfortunately, Armenians have falsified the ancient, as well as modern history of Karabakh.