There is a real success story here, for both Azerbaijan and for Europe, - British Ambassador Laurie Bristow 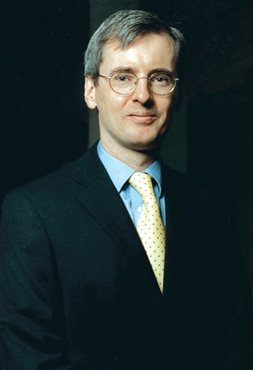 Azerbaijan has recently celebrated the 15th anniversary of the restoration of its independence. As the first western country to recognise Azerbaijan´s independence, what projects does the UK consider successful over the past 15 years?

Azerbaijan has come a long way since independence and the UK continues to play a central role in the country’s development. British companies play a particularly important role in the major oil and gas projects, the revenues from which will, I hope, finance Azerbaijan’s future development. But we work together on many other things besides this. I would draw particular attention to the growing importance of personal links between Azerbaijan and the UK - and especially the growing numbers of young people who travel to the UK to learn and to expand their horizons, and the many British people for whom Azerbaijan has become their home.

How would you rate the current level of British Azerbaijani relations?

Excellent. As I mentioned, British companies are playing the leading role in development of the oil and gas sec tor in Azerbaijan. This is good for Azerbaijan, good for the UK and good for the global economy. But the relationship goes much wider than this. 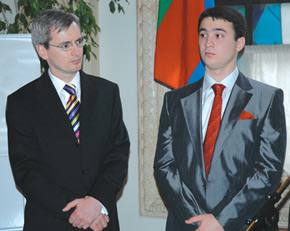 Laurie Bristow and Tale Heydarov, chairman of the London Azerbaijan Society, at the launch of Visions magazine in April 2006
We work together on a much broader range of issues. Our first priority is to support Azerbaijan in making a successful transition to democracy, a market economy and the rule of law. We also have a strong common interest in regional and global stability and security. I expect our co-operation in all these areas to continue to grow in the years ahead.

Can Azerbaijan rely on Britain´s support in the development of relations with the European Union?

We strongly support Azerbaijan´s inclusion in the European Union´s European Neighbourhood Policy - and, separately, the growing relationship between Azerbaijan and NATO. Both the EU’s ENP Action Plan for Azerbaijan and Azerbaijan’s Individual Partnership Action Plan are designed to give real, practical support to Azerbaijan’s desire for deeper integration with Europe and with the West. It’s worth pausing for a moment to reflect on what lies behind these initiatives: Azerbaijan’s desire to achieve freedom, security and prosperity for all her people, and our wish to help Azerbaijanis achieve that.

The energy sphere is considered an important factor of stability and integration, and an essential part of foreign and security policy in Europe. How could this factor stimulate the recognition of Azerbaijan as the leader of her region?

There is a real success story here, 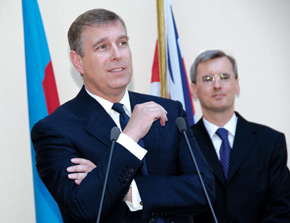 Prince Andrew and Laurie Bristow in Baku in June 2006
for both Azerbaijan and for Europe. Azerbaijan is contributing to European and global energy security, while at the same time using her resources to secure her own long-term development. We believe that Europe’s energy security will be assured through developing diversity of supply and through open and competitive energy markets, and Azerbaijan is making an increasingly important contribution to this. I believe that Azerbaijan’s future security and prosperity will be secured through making effective use of the oil revenues.
Azerbaijan is also playing a leading role in the Extractive Industries Transparency Initiative, a UK government initiative that seeks to improve the way governments manage the wealth generated by the oil and gas industry. This is an important contribution both to the management of the oil and gas revenues in Azerbaijan, and to wider international efforts to ensure that the oil, gas and mining industries have a positive effect on the countries in which they operate. Laurie Bristow and Azerbaijani Chevening scholars, 2006/2007
through some high-risk areas. What do you think could pose a threat to the pipeline? How can the British government assist Azerbaijan in this regard?

It is true that we need to take account of the risks that a major piece of infrastructure such as this may face. It is the responsibility of the companies and countries operating the pipeline and over whose territory it passes to ensure that those risks are managed effectively. We stay in close touch though with the governments and companies concerned so that we can help where necessary. One very important factor here is to ensure that the revenues generated by the projects contribute positively to the economic well being of the general population, so that everyone feels that they are benefiting from the projects. Another factor is to support efforts to resolve outstanding conflicts in the region so that the countries can make best use of the great opportunity that the oil and gas revenues offer.

Before the BTC pipeline was formally opened, politicians assured the people that the oil strategy would provide democracy, economic development and peace in the region. Do you think these assur ances have been justified, or is there still 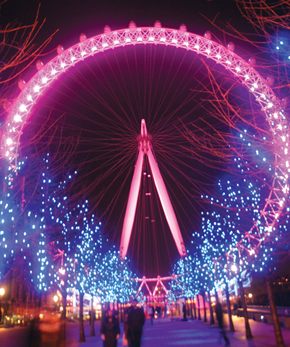 much work to be done in these areas?

I do not think it is realistic to expect to achieve all these things quickly and easily. It takes time to grow a strong, democratic culture and a strong economy. But I do think it is true that the oil strategy provides a very sound material basis on which to a build dynamic, modern society in Azerbaijan. The next few years will, I think, be critically important in ensuring that the necessary structural reforms take place. Azerbaijan’s international partners, including the UK, will do whatever we can to help Azerbaijan make that transition.

The Nagorno Karabagh conflict is still the main problem facing Azerbaijan today. What is the UK´s policy towards the conflict and its possible resolution?

First of all I think we should acknowledge the enormous and continuing human costs of this conflict the lives lost or ruined, the damage done to the societies affected, the opportunities lost. That is the reality and our efforts should be directed towards finding a just and lasting solution that allows the peoples of the region to put this terrible conflict behind them. I believe that the conflict can only be resolved through negotiation, and that a solution cannot be imposed against the will of one or more of the parties to the conflict. The UK welcomes the fact that the presidents of Azerbaijan and Armenia are involved in negotiations for a peaceful solution.

How do you assess the economic relationships between Baku and London, what can you say about British companies´ participation in oil and non-oil projects in Azerbaijan?

The economic relationship is very good, 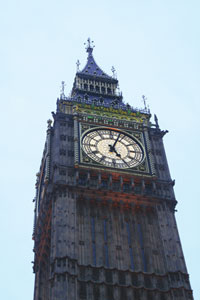 particularly in the oil and gas sector, and this is widely recognised in the UK. With the successful completion of the current oil and gas projects, thoughts are turning to the agenda for the next 10 years. Azerbaijan needs to build a strong, viable non-oil economy for the long term. The UK has a lot to offer Azerbaijan. We are a major source of and destination for foreign direct investment. We also have perhaps the strongest financial services sector in the world. Some UK companies are working successfully in Azerbaijan in the non-oil sector, but I would like to see more. If Azerbaijan is seeking to attract high quality foreign investment and the jobs this brings, it is important to remember that the global competition for investment is fierce. Azerbaijan will need to work hard to win that competition. I hope that Azerbaijan will make real, rapid progress in opening her economy to the benefits of international trade and investment, as she has already done in the oil and gas sector. That in turn depends on her making rapid progress in such areas as membership of the World Trade Organisation, liberalising the financial services sector and improving the business climate.

How do you value the level of scientific, cultural, educational relations between the two countries?

We have seen a sharp increase in recent years in the number of young people from Azerbaijan attending university in the UK. That is an excellent basis for the future. In the past 18 months we have also seen returning scholars set up their own group called the Azerbaijani UK Alumni Association (AUKAA) and this has been a very successful and dynamic initiative. Meanwhile, the British 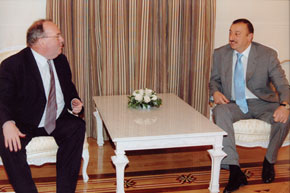 Council continues to run a very successful operation in Azerbaijan to build long-term relationships in the arts, sciences and education and I hope their work will expand in the future.

How do you see the role of Azerbaijanis, living an studying in Britain or who have already returned after graduation, in the development of relations between the two countries?

I think it is impossible to over-estimate the importance of the close educational, professional and personal links that young people make when they go abroad to work or study. Both countries benefit from this and it’s a very important part of the network of common interests and values between Azerbaijan and the UK.